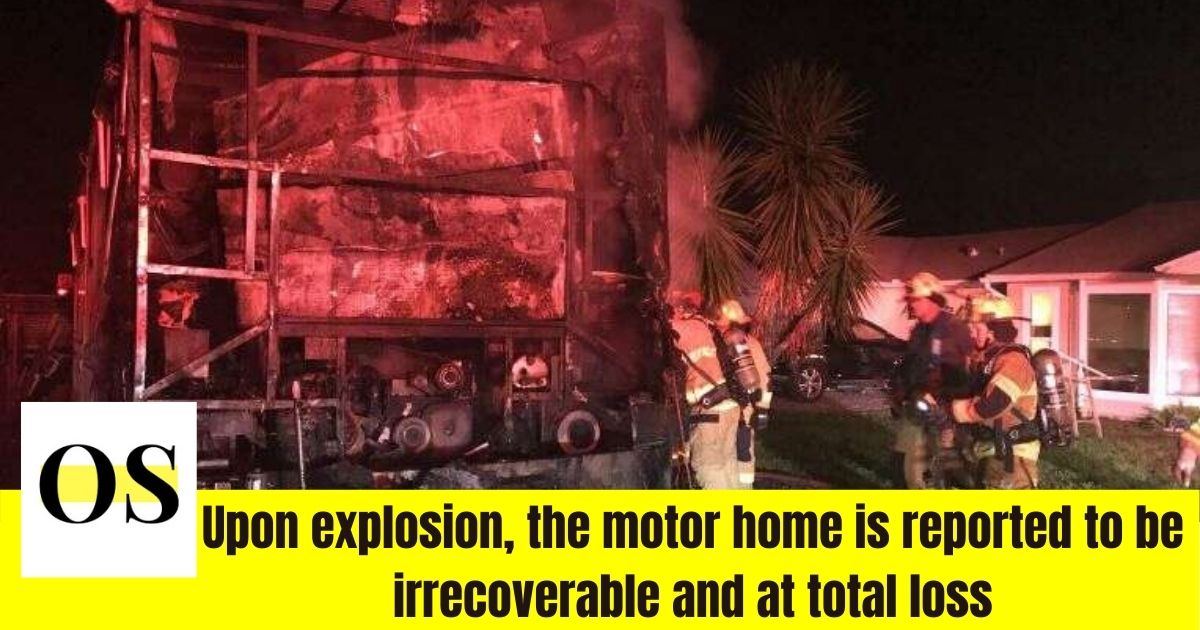 WEEKI WACHEE, FLORIDA- According to the Hernando County Fire and emergency services, the explosion in the motorhome in Weeki Wachee made a complete loss to the motorhome.

This weekend fire was reportedly caused in the 6000 block of Sebring St.

According to the statement of the Firefighters, the fire was beyond control and spreading in the entire Motorhome by the time they reached over and had covered with heavy smoke entirely. Although the firefighters managed to put out the fire within a short span, the motor house still considered to be at a total loss followed by the heavy damage caused by the fire.

Following the statement from the residents, they heard an explosion on the driveway and after investigation, they found that the motor home was on fire.

The State Fire Marshal’s office is investigating further to confirm the root cause of the fire.