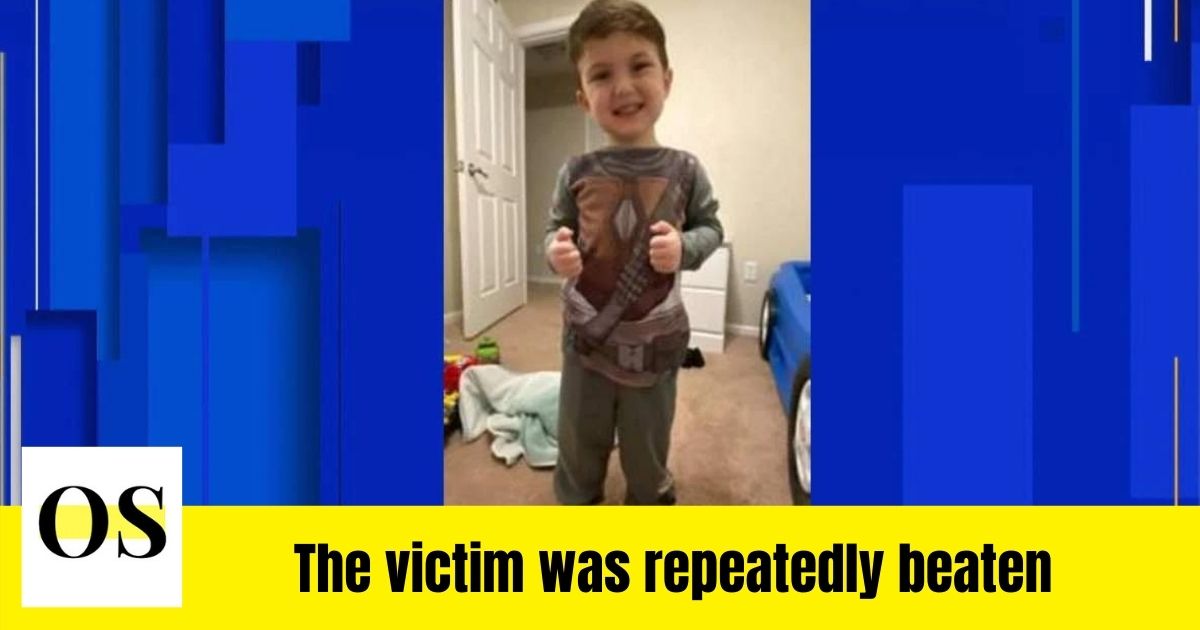 WEST MELBOURNE, Fla. – According to the West Melbourne Police Department, a woman who knew her kid was being beaten and searched online for information on child head injuries is now facing a first-degree murder charge in connection with the 3-year-old boy’s death.

Erica Dotson was arrested on her son’s 4th birthday, which was Tuesday.

According to records, Dotson left her son, Jameson Nance, in the early morning hours of June 11 with her boyfriend, Joshua Andrew Manns, while she went to work.

The pair talked over the phone at 6 p.m. about getting a puppy.

“Manns acted as if nothing was wrong when he called Dotson. They talked of getting a puppy and bringing it home. According to the medical examiner’s assessment, young Jameson was already dead at the time of the chat, according to West Melbourne police Sgt. Graig Erenstoft.

According to Erenstoft, Manns contacted Dotson about an hour later, when she regularly departs for home from work, and urged her not to drive and that her kid had drowned and was certainly dead.

Dotson hung up the phone, dialed 911, and went home to try to save the boy, but he was already dead, according to authorities.

In the call, Dotson said, “My boyfriend just called me and said he had a seizure when my 4-year-old was in that bath and he’s not breathing.”

The boy’s face was swelled and showed apparent indications of trauma, according to officers. They also discovered many open packages of children’s Tylenol and cold compresses, indicating that the youngster had been treated at home.

Manns fled the scene, stating that he had a seizure while giving the boy a bath and that when he awoke, the boy was floating in the tub.

“On June 14, an autopsy revealed to investigators what Jameson had been unable to reveal. Jameson’s lungs were completely dry. He did not perish in the water. According to the medical examiner’s findings, Jameson was subjected to substantial suffering and torture over a three-week period, culminating in his death,” Erenstoft stated.

Officers attempted to locate Manns using his smartphone, but it had been turned off, according to the affidavit. They were able to determine, however, that he had left the residence where the boy was discovered at least an hour before calling the child’s mother.

According to records, Manns was apprehended on June 29 in Georgia.

Police said they looked into Dotson’s role as well and found that, while she may not have physically hurt the youngster, she was aware that he was being harmed and did nothing to protect him.

“A mother’s job is to keep her children safe. They’re supposed to be the person who looks after you when no one else will, but in this case, a mother did exactly the opposite. You know, she was unconcerned and didn’t take the necessary precautions to protect her child. And it’s a disaster. Erenstoft described the situation as “horrifying.”

He claimed Dotson would fabricate stories to explain Nance’s injuries, and that she had been searching the internet for kid head injuries days before her son died.

“She continued to leave Jameson with Manns, to keep Jameson out of sight, (since) if he was seen, law enforcement or DCF would be contacted. She was afraid of the repercussions if law enforcement learned of her failure to protect her child. She was well aware that Manns was abusive to her son, but she did nothing to assist Jameson. We would be celebrating a birthday instead of seeking justice if she had protected her child like a mother should,” Erenstoft said.

Dotson claimed Nance fell while running when his leg was injured in 2019, and then claimed he stepped off a curb when his leg was broken again in March. Workers at Nance’s day care, according to police, became suspicious of all the injuries.

“Jameson told day care workers that Manns was the cause of his arm burns. “Jameson would also tell them that if he was too noisy or if he woke Manns or his mother, Manns would strike him,” Erenstoft added.

Nance’s injuries were reported to the Department of Children and Families. On June 2, he stopped going to the day care, and on that last day, he arrived with a facial injury that Dotson said was caused by a duck attack, according to investigators.

“The horror this boy experienced throughout the course of his short existence lasted and continued until his body responded, ‘No more,’” Erenstoft said.

Dotson was arrested on a first-degree murder allegation on Tuesday. Manns was arrested last month and is accused with premeditated murder in the first degree, aggravated child abuse, and child neglect with serious bodily damage.

The inquiry is still ongoing, according to the police.