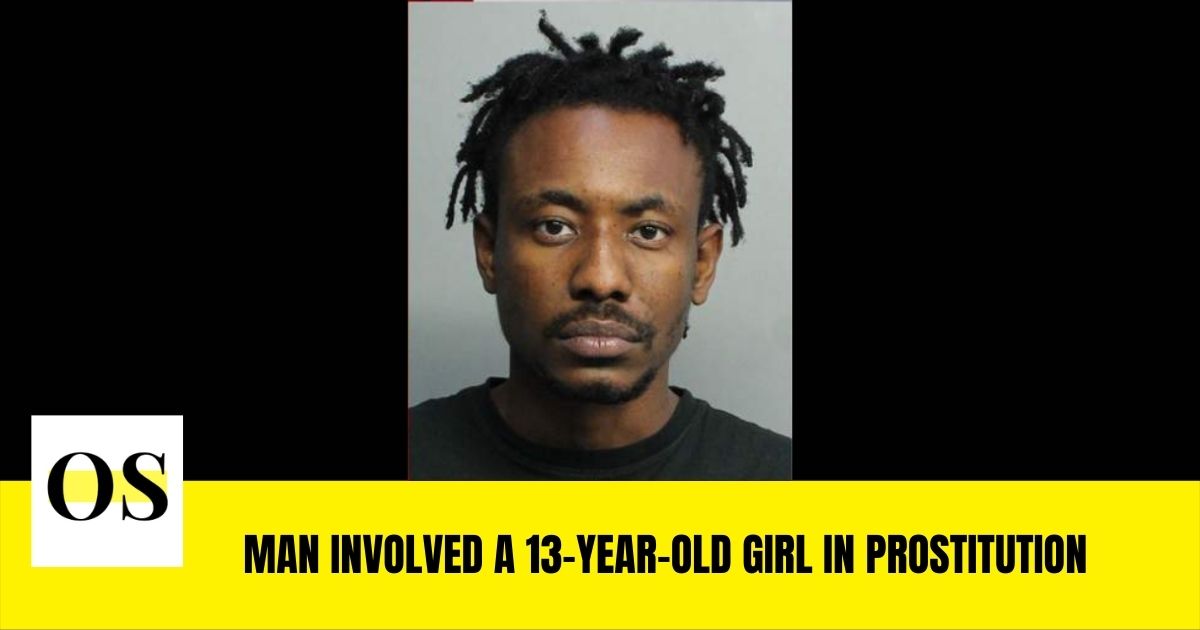 Miami, Fl. – Detectives on Friday rescued a teenage girl who said she first traveled from Miami-Dade County to New York with a man named Moise Junior Jasmin who engaged her in prostitution when she was just 13. Officers found him during a shooting investigation.

Now the teenager is 15-year-old said she had been living with Moise Junior Jasmine since she was 14. She had a tattoo on her chest and said he branded it with his street name “SnowKidd$” and used her to monetize videos on the pay-to-view website, OnlyFans, according to prosecutors.

“The concept of sex trafficking of a young teenage girl is a parent’s worst nightmare in our community,” Miami-Dade State Attorney Katherine Fernandez Rundle said in a statement. “A young girl’s innocence and childhood are quickly snatched away by an alleged smuggler’s desire for fast, easy cash.”

Officers arrested 23-year-old Jasmine, who was on probation in a former ID theft case, on Friday. He was being held without bond at the Turner Guilford Knight Correctional Center. Prosecutors said both of his mobile phones contained evidence of human trafficking.

“Rescuing these victims and removing traffickers from our community has always been and will be the main goal of my human trafficking task force, “Fernandez Rundle said. “These dedicated police officers and investigators deserve community-wide thanks.”