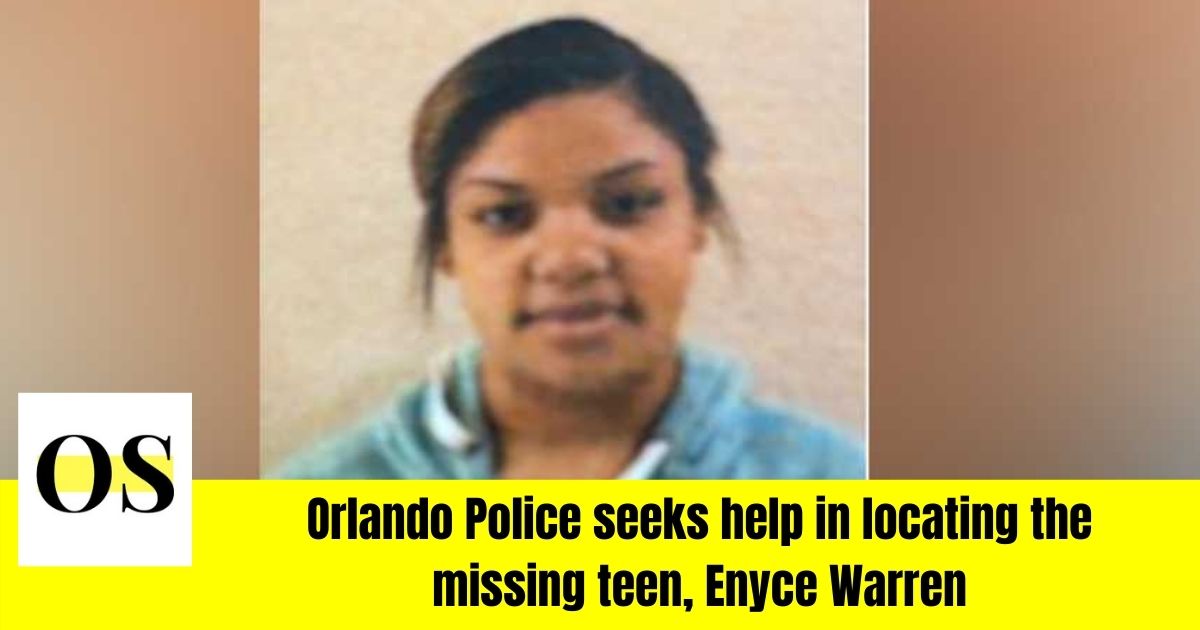 ORLANDO, FLORIDA- According to the Orlando Police Department, a 15-year-old missing teen is on the look.

The missing person’s identity was disclosed as Enyce Warren of 15 from St.Cloud and was reported to be seen last around 2.15 p.m at South Kirkman Road and Westgate Drive.

According to the officials, Enyce Warren had left a care facility in Orlando City limits.

Anyone with information about the missing teen is requested to contact the Orlando Police Department at 321-235-5300.