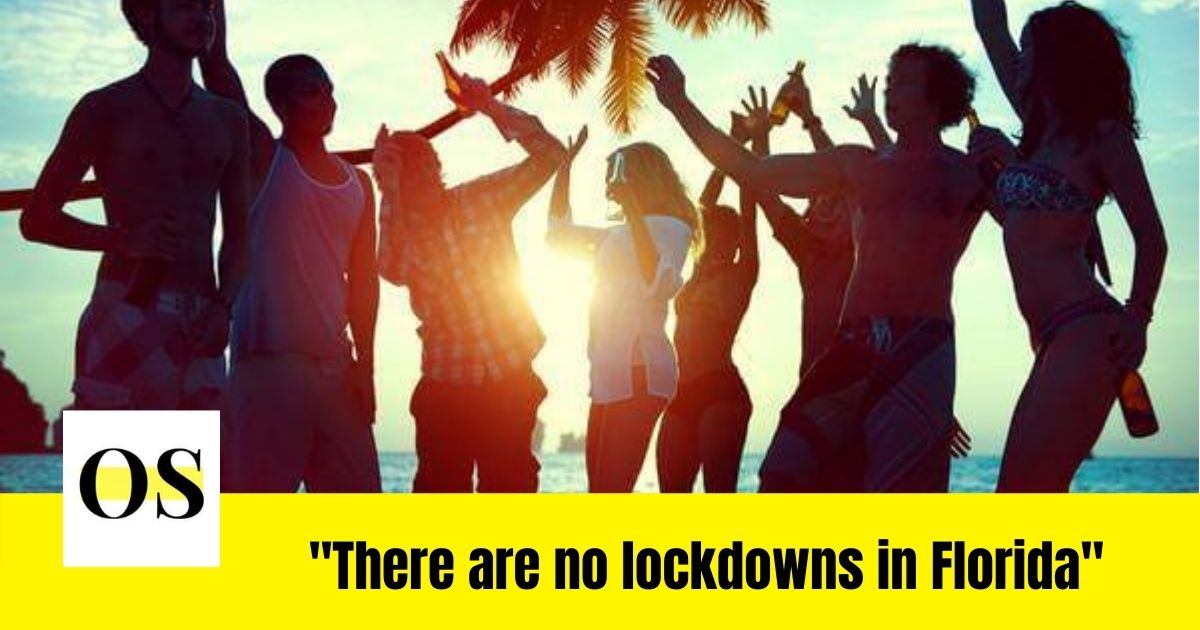 Spring breakers cause chaos as millions of them have come to the state by claiming that “there are no lockdowns in Florida” amid Governor Ron DeSantis’ decision to break local pandemic rules. However, the rule-averse Republican left local city leaders hamstrung in their efforts to control unruly crowds and the spread of the virus.

Recently in Miami Beach, a surge of spring break visitors filled the island city well beyond its capacity. Officials in Miami Beach, which relies heavily on tourism dollars, were forced to impose an 8 p.m. curfew on the city’s entertainment district in the middle of its most lucrative season of the year after police clashed with party-goers.

“DeSantis rolled out the red carpet for visitors, and he left us to deal with the aftermath,” said Miami Beach City Commissioner David Richardson, a Democrat. “People call it spring break and I correct them — this is a high impact period.”

A thriving economy is a huge selling point for Republicans, and Governor Ron DeSantis is already using his pandemic track record to stage for a grueling reelection campaign next year and possibly a 2024 presidential run.

Governor DeSantis, a conservative darling and close ally of Donald Trump, earned praise from Republicans for resisting lockdowns and pressing to keep kids in school — however, more than 32,000 Floridians have died from the pandemic and this week the state became the first in the country to have more than 1,000 cases of Covid variants. The spring breakers and DeSantis decision is only going to worsen the situation.

Florida over the past three weeks has only seen a slight increase in newly reported Covid-19 infections. The seven-day average rate of new infections as of Tuesday was 5.84 percent, which is up from 5.73 percent on March 2, according to an analysis of daily reports published by the Florida Department of Health.

Democrats in the state, determined to bounce back after Republicans flipped seats in the state Legislature last year, are also capitalizing on the Spring break confusion to hammer the governor. Broward County Mayor Steve Geller, a Democrat, this week accused DeSantis of ignoring his requests for help in planning for the crowds of tourists that were anticipated in January. Geller ended up consulting with federal health agencies, such as the U.S. Centers for Disease Control as Broward County brokered a spring break enforcement plan with the City of Fort Lauderdale.

“Governor Ron DeSantis told us we cannot find the bars, and then nothing,” Geller said, adding that just like the governor, Broward and Fort Lauderdale are eager to revive the economy after more than a year of uncertainty that forced many bars and restaurants to close.

“We had to do something to try and help, so I started working with the CDC,” Geller said.

Democrat Orange County Mayor Jerry Demings also took matters into his own hands after he said demand for the Covid-19 vaccine had dropped at a vaccination site in the county convention center for several weeks. Demings dropped the age limit at the convention center to 40 even though the latest executive order signed by DeSantis limits shots to people who are 50 years old and older. Staffers at the site filled 7,000 appointments in 13 minutes, Demings told reporters during a Monday news conference.

DeSantis said last week that Demings’ plan to drop the age was not his decision, though Demings said he’s not worried about the backlash from Tallahassee.

“Those are just words he’s using, you know, so we will move beyond that,” Demings said. “This is about the life, health, and safety of individuals in our community.”

But the most dramatic news came over the weekend, when this year’s revelers brought guns, incited street brawls, and made everyday life impossible for Miami Beach’s roughly 90,000 residents. Miami Beach Mayor Dan Gelber said the city was happy when DeSantis left emergency restrictions such as beach closures and mask mandates to the localities. But, Gelber said, DeSantis also failed to consider the consequences of bringing millions of visitors to one of the few warm-weather vacation destinations in the country.

“Well, I’m not a fan of the way he’s handled this,” Gelber said. “When you have a sense of the chaos here, no one — not one of the visitors — are thinking about wearing a mask.”

Gelber said Miami Beach ended up using local code enforcement and an 8 p.m. emergency curfew order to restore order after the weekend’s mayhem, though local community leaders criticized the authorities for cracking down on the predominantly Black crowd and ignoring their white counterparts. The two causeways connecting the city with the mainland are also restricted at night to local traffic.

“I don’t know what else we could have done but close everything down, which is what we did,” Gelber said. “It’s not something you typically do, which is shut the causeways and create a curfew.

“It’s so unusual because it’s all we had available to us,” Gelber said.