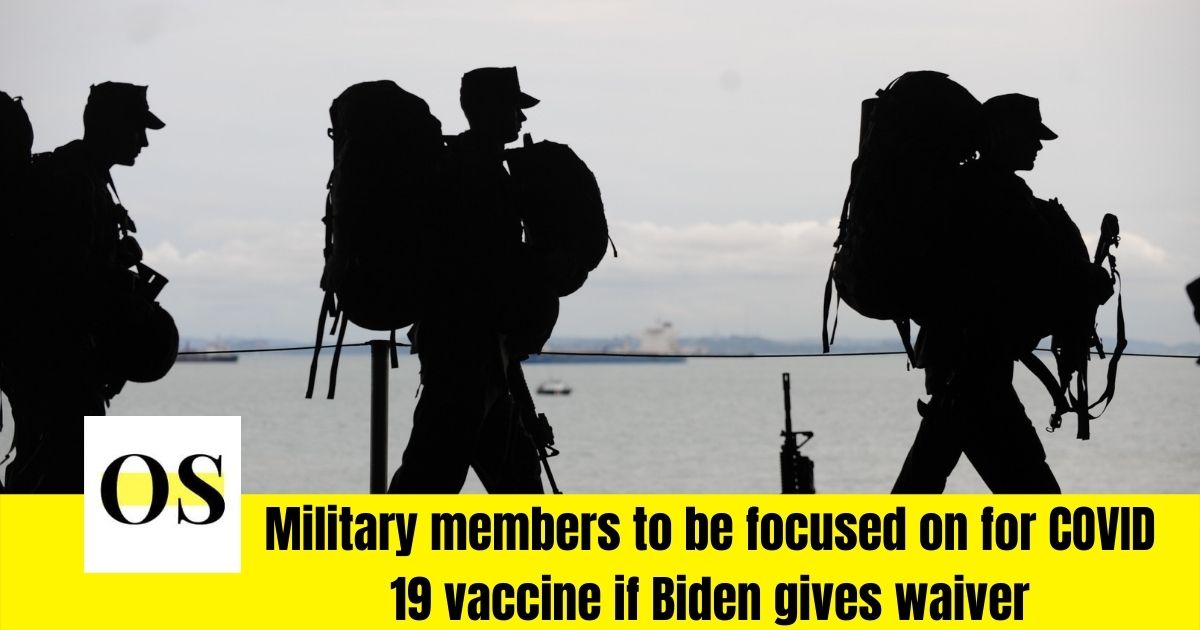 Military members need to be prioritized for vaccinations – the democratic legislators feel.

Democratic lawmakers have sent a letter to President Biden asking for a “waiver of informed consent” for all United States military service members to get vaccinated against the COVID-19 virus.

On Wednesday, CNN obtained a copy of the letter that was sent from a congressional aide.

At the moment the Department of Defense cannot make vaccinations mandatory because they have only been authorized by the Food and Drug Administration for emergency use. A waiver from the President could bypass that rule.

According to the Department of Defense, the opt-out rate among service members eligible to be vaccinated is about 33%, but last week military officials and service members CNN spoke with from several bases and units across the country suggest the current rejection rate may be closer to 50%.

“I think the true opt-in rate right now would probably be around 50-ish percent,” said a military health care source about numbers on a military base of some 40,000 active-duty troops. The source spoke on the condition of anonymity to discuss vaccinations.

The letter says “disinformation and vaccine skepticism” are influencing service members to opt-out of being vaccinated. It acknowledges that the Pentagon has “made admirable efforts to educate service members on the safety and efficacy” of the vaccines, but says that those measures have been “outpaced by disinformation dominating social media.”

The Defense Department has approximately 2.2 million service members operating around the globe. Last year, the military experienced a handful of high-profile outbreaks, including one aboard an aircraft carrier deployed in the Pacific.

In April 2020, a COVID-19 outbreak onboard the USS Theodore Roosevelt spread to more than 20% of the crew onboard the aircraft carrier and led to the eventual dismissal of the ship’s captain. In November, more than 100 US military installations around the world put in place some form of tightened health measures to restrict the spread of coronavirus.

“We request you rapidly issue this waiver to give DOD the authority it requires to ensure readiness in the face of current and future threats,” the letter states.