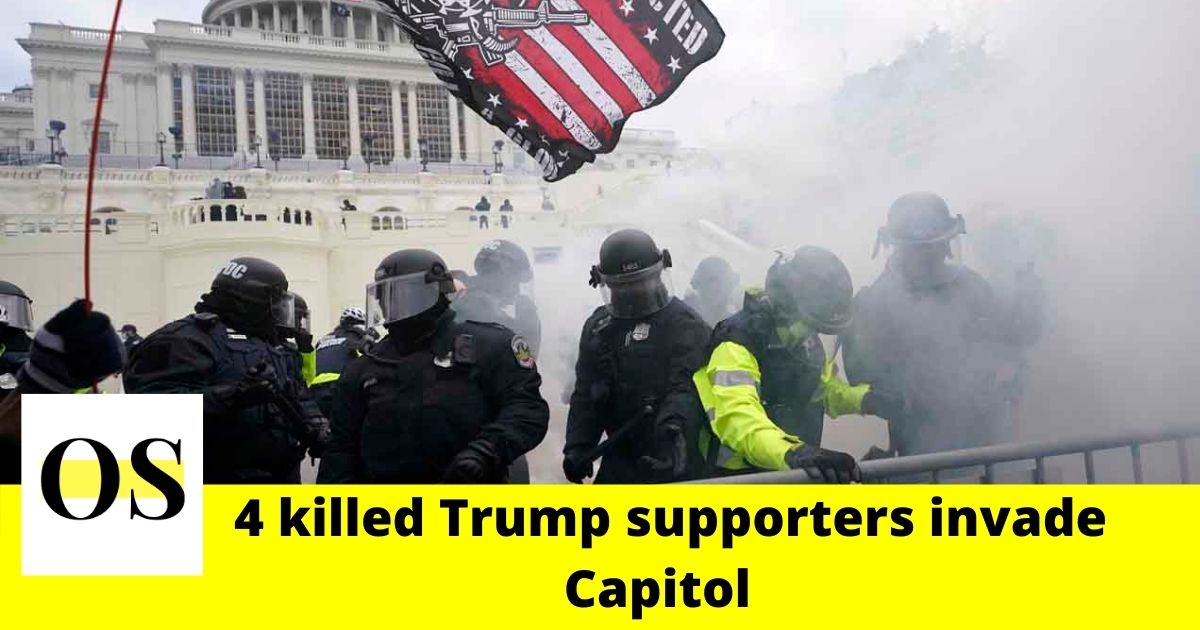 Vice President Mike Pence said he does not have the unilateral ability to discard electoral votes and he announced he would defy Trump’s request.

The reports say four people lost their life in the violent act.

As per the Police Chief Robert Contee, the four included a woman who was shot by the U.S. Capitol Police. Three others died in “medical emergencies.”

The mob tried to break through a barricaded door in the Capitol. The woman was injured by a gunshot, she was later pronounced dead.