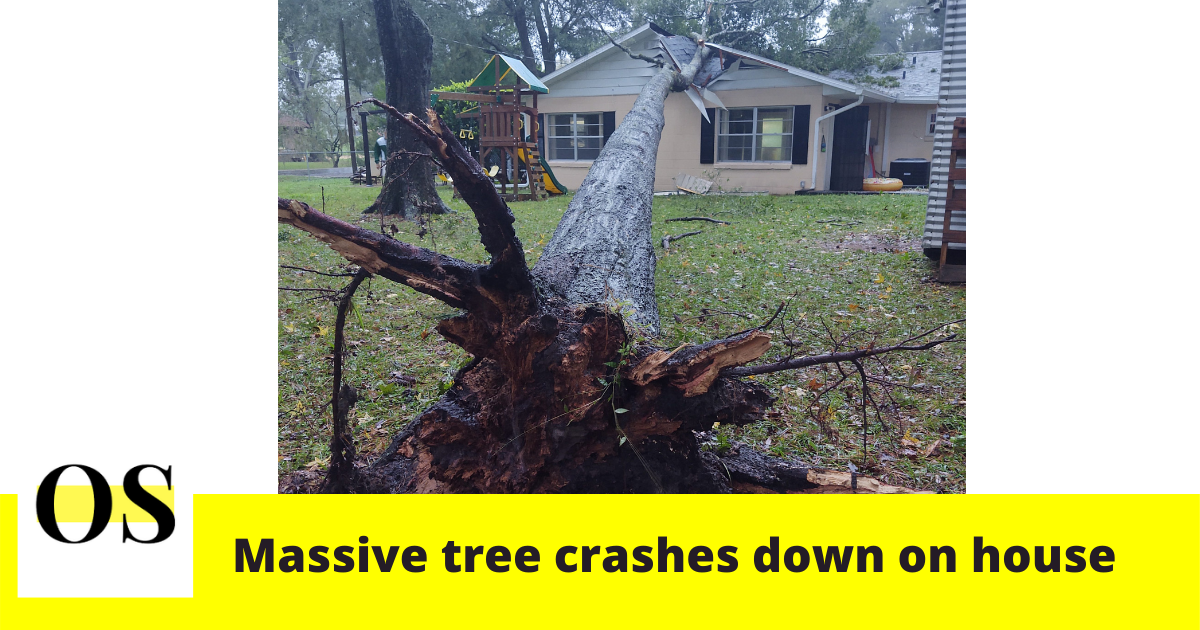 “It sounded like somebody dropped a train inside the bedroom, just a huge, huge sound,” Jeremy DiFiore, house owner, said. “My wife and I immediately jumped up and we saw, a tree had hit, directly over my son’s head.”

“My son comes in to be safe with us, meanwhile, it hits directly over the top, when he’s with us,” said DiFiore, “a branch coming through and drywall and insulation all over my son. It’s a parent’s worst nightmare.”
“It didn’t seem like it was that bad, we’ve been through them before that were much worse than that,” DiFiore added. “When you think about what really could have happened, he could have been absolutely smashed. That’s terrifying to even think that.”

The homeowner is thanking his neighbors for rushing over to help at 2 a.m. when they heard the tree crash down. Tropical Storm Eta has flooded and affected many places in Florida.