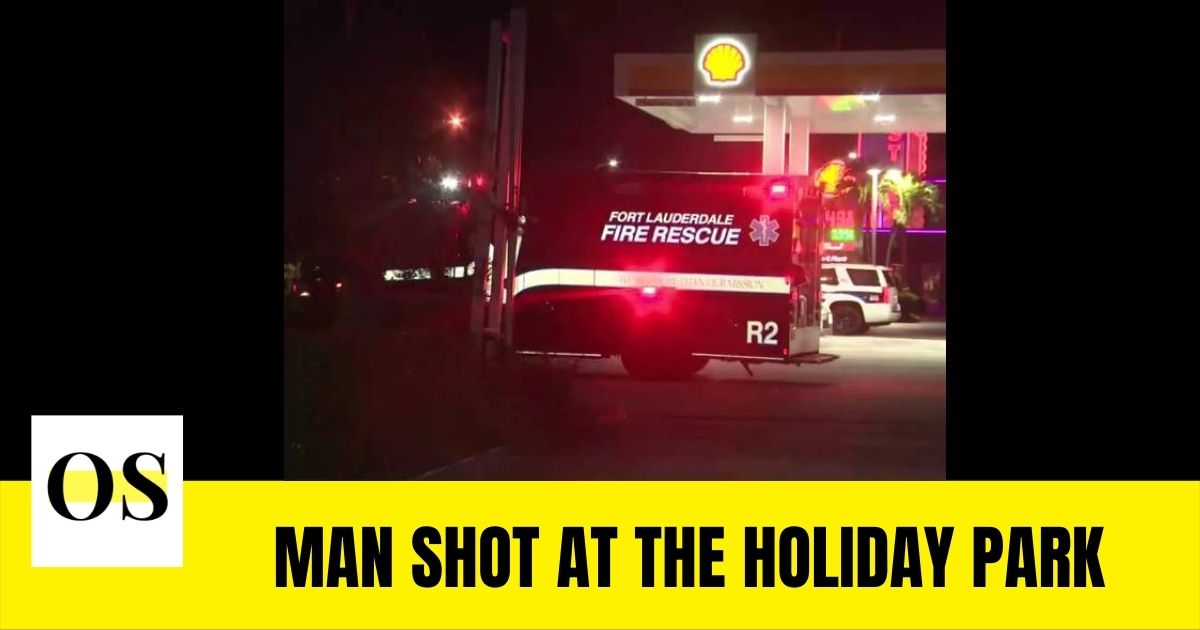 According to Sgt. DeAnna Greenlaw, a spokeswoman for the Fort Lauderdale Police Department, witnesses told officers that one of the people the man was chasing pulled out a gun and shot the man in his leg once.

The man then managed to get to a nearby gas station in the 1400 block of East Sunrise Boulevard, where he asked an employee for help.

Erica Thomas, who works at a Chevron gas station and knows the man, said she called 911 after the shooting.

“He came banging on the window,” she said. “He was like, ‘Help me, sister. They shot me, they shot me.’ And I thought he was playing at first, but then he died. So I ran out the door, tried to help him, and I saw two bullet holes in his leg and a bullet in his stomach.

Thomas said the man went in and lose consciousness.

According to Greenlaw, the man who was shot suffered non-fatal injuries. He said he was uncooperative with the authorities and said he did not want to be prosecuted.

Greenlaw said officers have not been able to locate the other person involved in the shooting or the other victims he was allegedly pursuing.