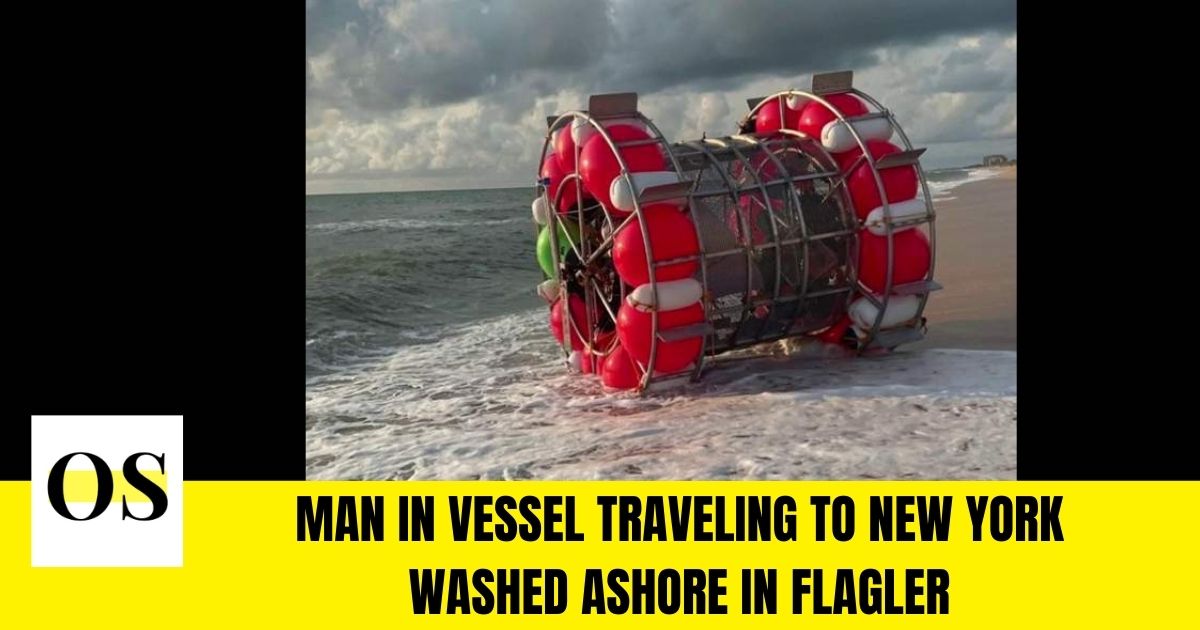 FLAGLER COUNTY, Fl. – According to the Flagler County Sheriff’s Office, a man was traveling in a vessel to New York was washed ashore on Saturday due to “some complications”.

The sheriff’s office said the man was sailed from the St. Augustine area in a vessel to New York, but ended up back ashore after “complications”.

Flagler Sheriff tweeted, “This morning, the #FCSO responded to a call about a vessel washing ashore in the Hammock area. Thank you to the concerned citizens who reported this. We are happy to announce that the occupant of the vessel is safe with no injuries! “

The Flagler County Sheriff‘s Office said that one of the representatives responded to calls from concerned citizens who witnessed a strange shipwreck on the beach in the Hammock area. The sole owner of the ship was found safe inside without any injuries.

Flagler deputies said the US Coast Guard also responded to the area and conducted an investigation to make sure it was compliant.

Stay tuned with us for more updates.