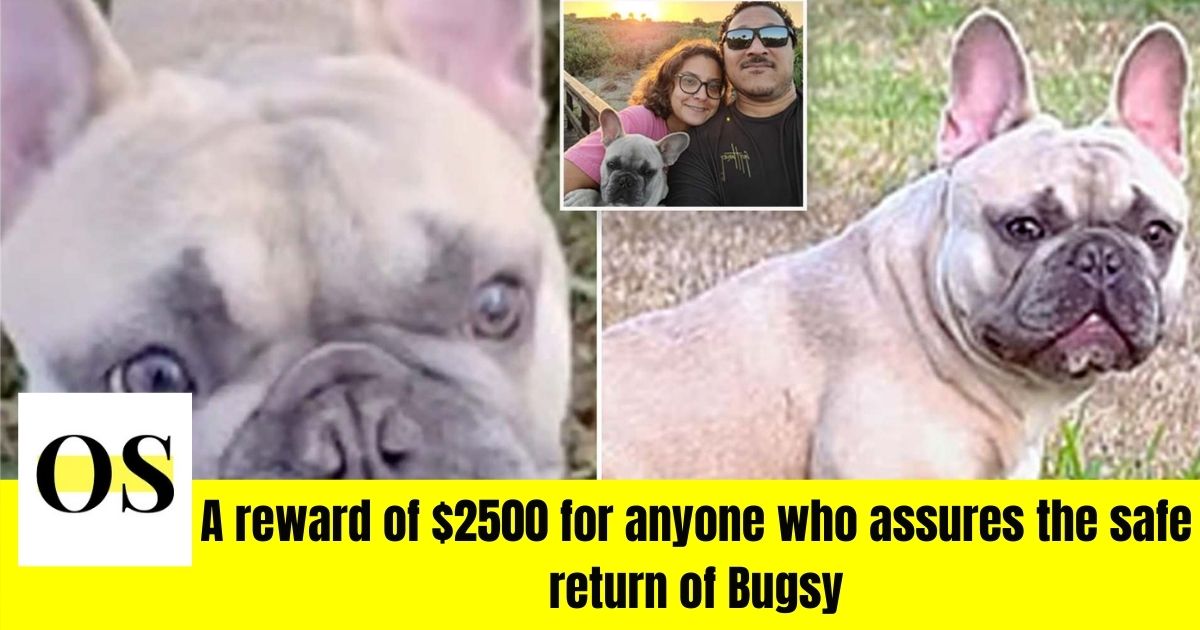 ORLANDO, FLORIDA- According to investigators, a Florida man was robbed of his French bulldog and the owner is desperate to get it back.

Johny Matos, the owner says, “It’s been heartbreaking, It’s been too much, it’s a real burden that we are carrying right now.”

According to Matos, he was walking his dog, Bugsy the usual time through the Enclave subdivision when the robbery happened. Initially, he noted a vehicle following him but said he wouldn’t have ever imagined the horror that was to come moments later.

According to him, for him what’s more unbearable is the look on Bugsy when it was handed over.

Upon nabbing Bugsy, the thief had apparently run off and gotten into the vehicle he came in.

According to Matos, “The Audi they were driving was silver, the brakes were so distinct if you heard them you would turn to look because it was that kind of noise c coming off of them.”

Upon reporting, the Orange County Sheriff’s office responded and said that Matos is still with raw emotions.

According to Matos, Bugsy has been a family member since the beginning of the pandemic. He has announced a reward of $2500 to anyone who brings Bugsy back.

Matos added, “Whoever did this, it’s just a matter of time before your door gets kicked in. He will be back, I got faith he will be back.”

According to the news, the investigators are looking into the surveillance at the point of occurrence; the subdivision. More evidence is yet to be collected from the surveillance of neighbor’s cameras.

Anyone with information on Bugsy is requested to contact the Orange County Sherriff’s office.