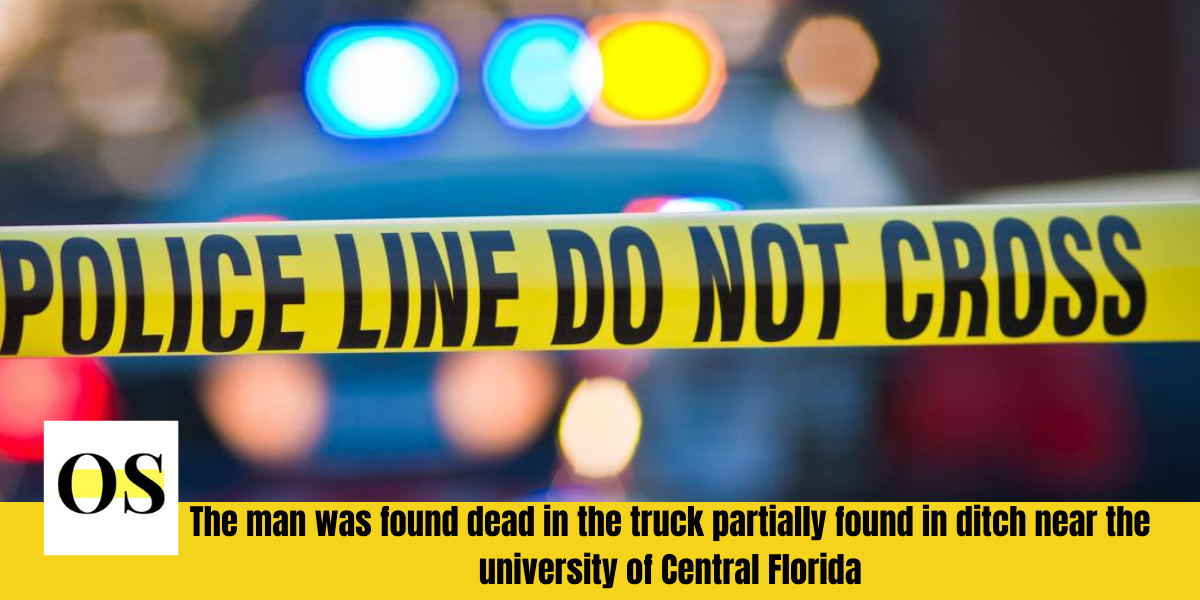 ORLANDO, Fla. – According to the Florida Highway Patrol, a man was found dead in a truck partially found in a ditch near the University of Central Florida on Friday evening after it caught fire.

This man was driving his vehicle down Allison Drive when he veered off the road and partially into a ditch. According to the FHP, the back tire on the driver’s side was still spinning because the man’s foot was still on the gas pedal.

The fire started in that tire and spread to the vehicle’s cabin, according to officials. Authorities discovered the man dead in the truck after the fire was put out. The vehicle was not damaged.

The medical examiner will determine the official cause of death.