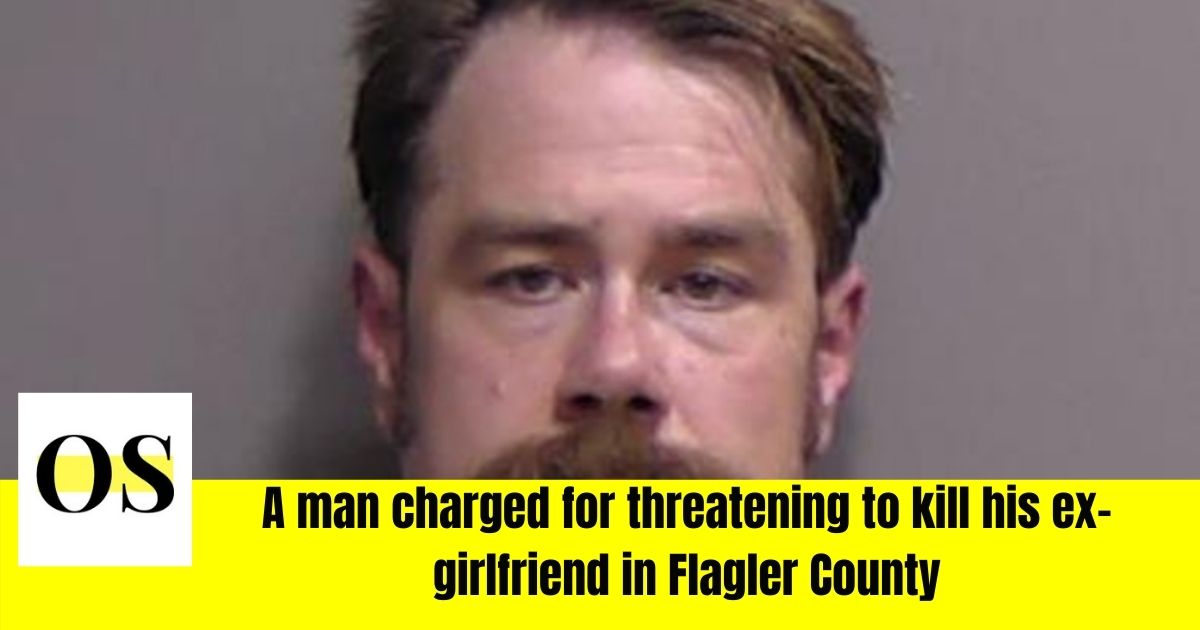 FLAGLER COUNTY, FLORIDA- According to Flagler County Sheriff’s office, a man was arrested upon allegedly threatening to kill his ex-girlfriend.

The arrest, Aron Thayer of 39 was taken into custody upon the complaints against him. According to the deputies, Thayer had driven back from Connecticut to Florida all the way from work to his ex-girlfriend’s residence and broken into her house. He then threatened to kill her.

Upon breaking into her house, he also stole $400 and chased the woman with a firearm in his hand. Apparently, Thayer drove down from work realizing that the woman had disconnected the security cameras that were installed by him.

With Thayer still chasing her, the woman fled the premises and was met with the responding officers who were nearby responding to another report. The woman was taken care of and seated in the patrol car.

Thayer was then taken into custody who reportedly did not comply initially.

According to the deputies, Thayer was charged with writing threats to kill, attempting premeditated murder with a firearm in possession, petit theft, and resisting arrest without violence.