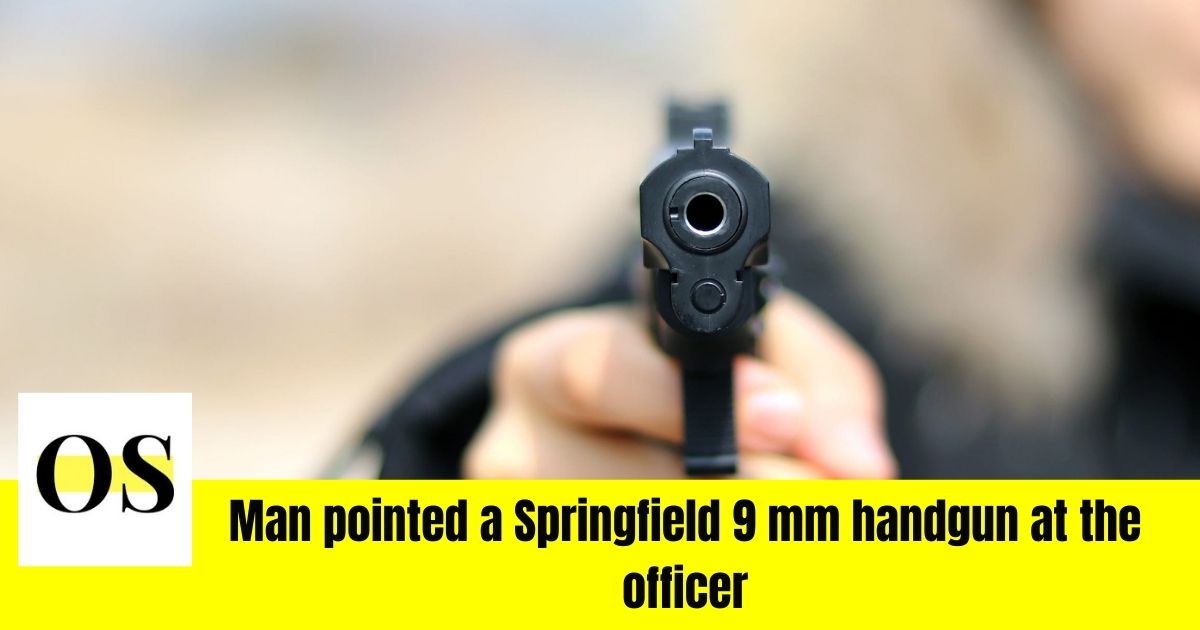 OCALA FLORIDA- According to the investigators, a man of 32, Trevor Henderson was arrested upon pointing a gun at Ocala Police Officer.

According to the report, the officers received a call about a drunken person and upon responding to the complaint, the man had pointed the gun at one of the officers.

According to the officials, both a man and a woman were seen intoxicated at the scene.

The woman upon questioning said that they both went downtown to grab some drinks after a tiresome week.

Apparently, they were drunk to a point that their words were slurring. The officers had offered the couple a ride home and were dropped off at the woman’s residence.

Upon leaving the house the officers had apparently heard a loud male voice followed by a crash. As they got close to the house the couple was seen struggling.

The woman answered the door when the officers had knocked and she assured everything was alright between the two.

While the investigator was still in conversation with the woman, the man, Henderson had pointed to a gun that was described to be a Springfield XDS 9mm handgun.

Henderson was tackled by the officer and the situation was under control and nobody was reported to be hurt.