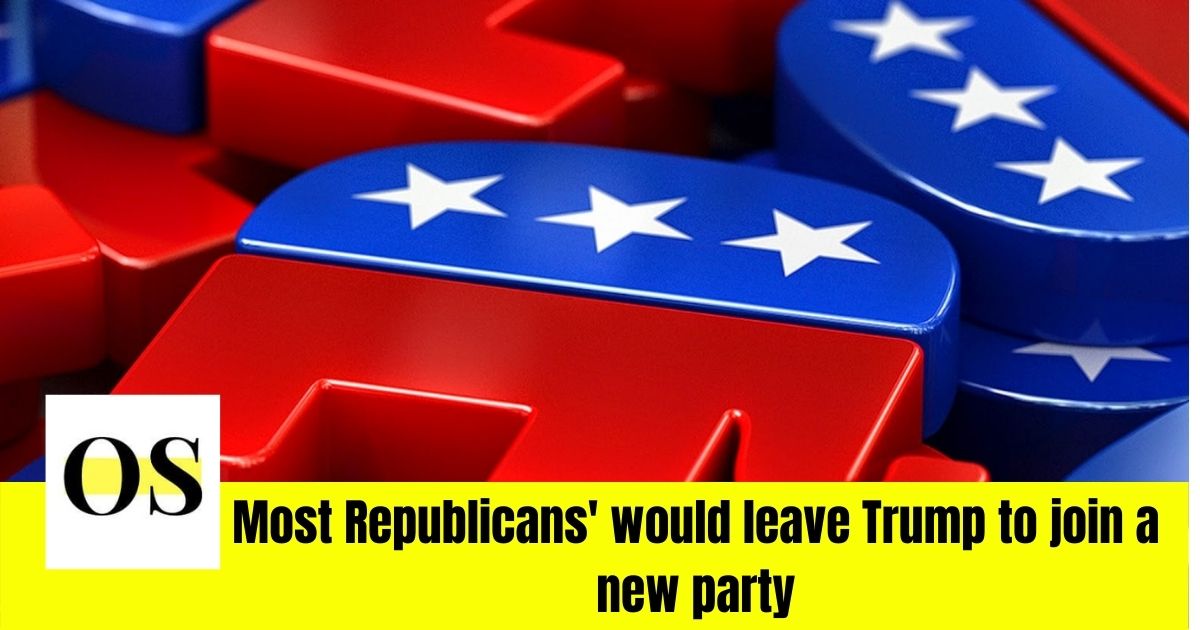 Despite facing a second impeachment trial, former President Donald Trump demands loyalty from his Republican supporters. Donald Trump has faced a trial earlier this month for allegedly inciting a riotous mob that stormed the US Capitol building. The attack came after Trump spent weeks trying to overturn the results of the 2020 election. Five people died as a direct result of the assault, including a police officer, and scores more were seriously injured.

Even though Donald Trump is enjoying the warmth and support among the GOP voters, a survey conducted by Suffolk University-USA Today found that almost 46% of the respondents would let go of the Republican party and support a new one floated by Donald Trump.

“We feel like the Republicans do not fight enough for us, and we all see is Donald Trump fighting for us as hard as he can, every single day,” Brandon Keidl, a 27-year-old Republican from Milwaukee, said in an interview after being polled. “But then you have establishment Republicans who just agree with establishment Democrats and everything, and they don’t ever push back.”

According to a couple of reports that were released earlier in January, Donald Trump is considering the creation of a third party to discourage senators from voting to convict him during his impeachment trial. However, Maggie Habberman, a reporter with the New York Times said that Donald Trump was talked out of that.

She wrote that “There is also the fact that threatening a third party while simultaneously threatening primaries makes no sense, which some folks gently pointed out to him.”

Between 15th February 2021 and 19th February 2021, a survey was conducted in which almost 1000 Trump voters participated. 80% of them said that they were less likely to vote for a Republican candidate who had previously supported the impeachment of their former commander in chief, Donald Trump. However, 85% of them that will vote for Mr. Donald Trump for president again in 2024 if he wins the Republican nomination for a candidate. More than 50% of the respondents said that the Republican party needs to become “more loyal” to Mr. Trump, even if it comes at the cost of losing more establishment Republicans.

The result of Donald Trump’s impeachment trial saw a harsh split within the GOP as the former president launched a scathing attack on Senate minority leader, Mitch McConnell, calling him a “dour, sullen and unsmiling political hack.”