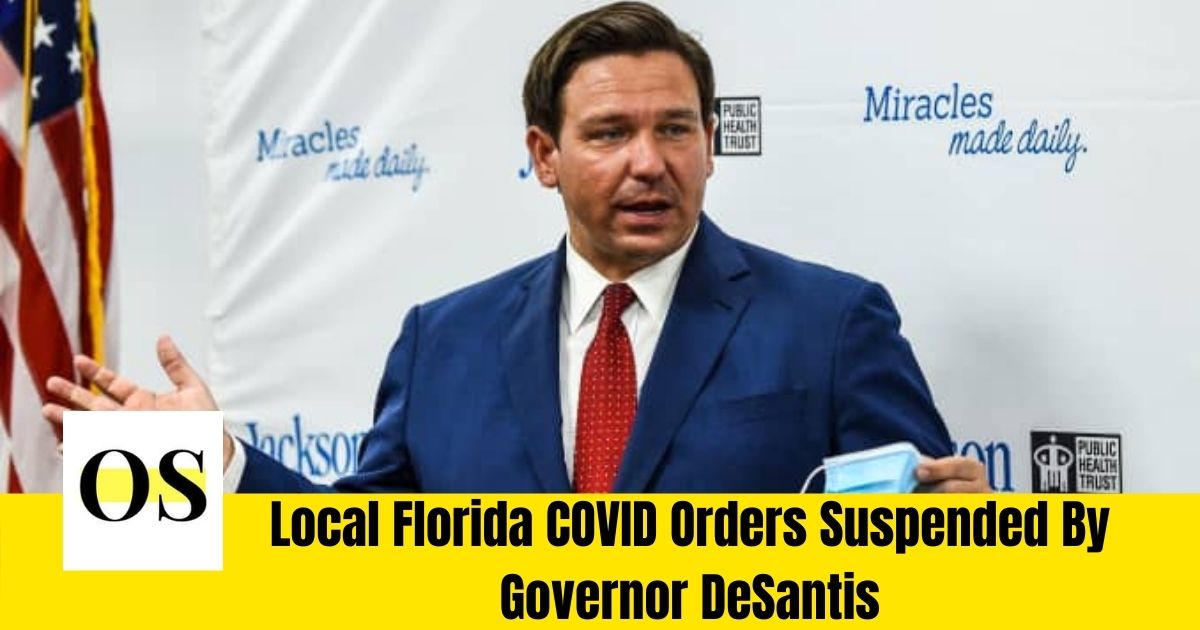 A news conference was held at a St. Petersburg restaurant. The governor signed a bill limiting the state’s and local government’s ability to shut down businesses and schools during an emergency.

“The bill ensures that neither the state or local governments can close businesses or keep kids out of in-person instruction unless they satisfy a demanding and continuous justification,” he said.

According to Governor Ron, DeSantis the decisions were “evidence-based.”

Opinions from other leaders in South Florida

Local leaders in South Florida say they feel blindsided by the move, which they feel is too early.

“It does not make sense to me as to how the governor has simply declared that the crisis is over,” Broward County Mayor Steve Geller said. “This demonstrates that he seems to care more about politics than the public safety in the state of Florida.”

Geller said attorneys are checking if the measure is even legal.

During his news conference at The Big Catch at Salt Creek, DeSantis criticized other states’ handling of the coronavirus pandemic, as well as strict regulations imposed in certain cities in the Sunshine State.

He also used Washington, D.C.’s ban on dancing at weddings as one example of an area where he believes leaders have taken restrictions too far.

DeSantis said COVID-19-related fines will be remitted for individuals and businesses and said the new law will not only affect local governments but will also allow the Florida Legislature to overturn a governor’s executive order if it is deemed to infringe upon an individual’s rights and liberties.

The law will go into effect on July 1 but the order is already in effect.

“It feels like he’s spiking the ball on the 10-yard line,” said Miami Beach Mayor Dan Gelber, whose city is within a county that was among the hardest hit by the coronavirus outbreak.

“He’s been following political ideology more than science during this whole pandemic.”

Coral Gables Mayor Vince Lago said in a statement that his city “abides by state law.”

“However, we will continue to encourage our residents and visitors to wear masks and follow social distancing and CDC guidelines,” Lago added.

Miami-Dade County Mayor Daniella Levine Cava said she is concerned because we are still in an emergency situation and the economy is still struggling and not everyone is vaccinated. She also vowed to do everything she can to protect residents and businesses.

“I’m deeply concerned by this decision,” Levine Cava later said in a statement released by her office. “We are still in a public health emergency and our economy has not fully rebounded from the crisis. Fewer than half of our residents have been vaccinated, and we face a growing threat from variants.

“I urge our community to continue using common sense to prevent the spread of the virus and most importantly, to get vaccinated — our best and the only path forward to truly put the pandemic behind us. And I urge the Governor to commit resources to help to educate and persuade Floridians to get vaccinated as we continue doing everything we can at the local level to make vaccines as accessible as possible and to motivate our community to take the shot.”

Local leaders are encouraging businesses to still uphold rules geared for public safety. Private businesses can still dictate rules, such as requiring mask-wearing, if they wish.

“No matter what the governor says, you need to be smart,” Gelber said. “The CDC says if you’re indoors, you should be wearing a mask.”