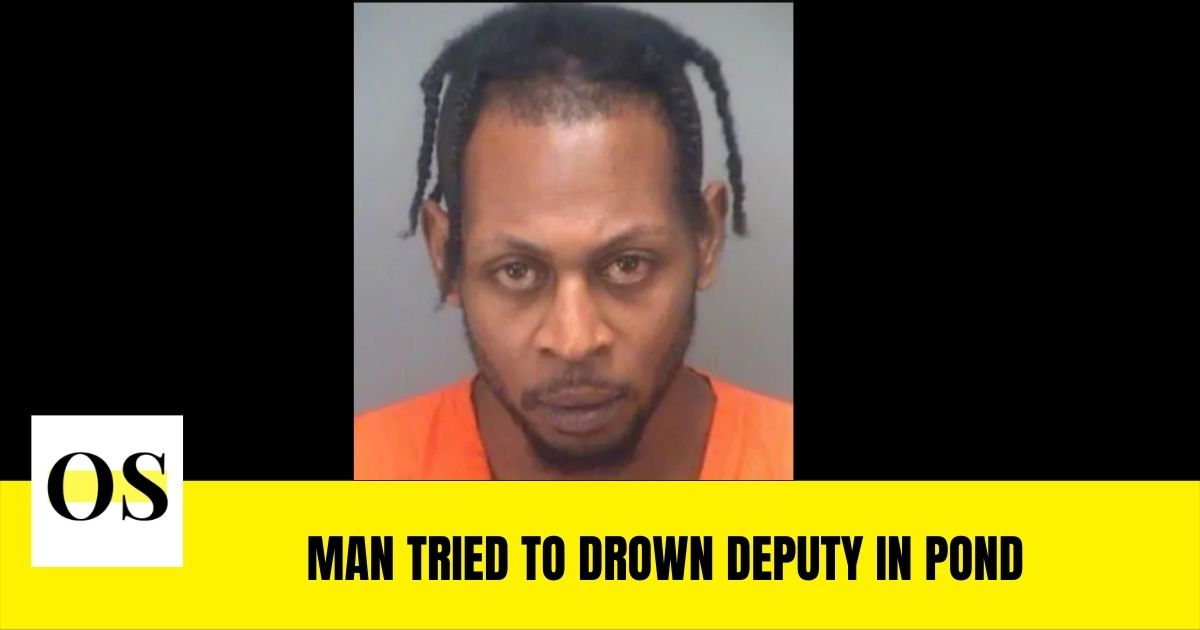 Clearwater, Fl. – Clearwater Police Department says a man named Joshua Henderson tried to drown a deputy in a pond as he was being arrested for murder.

Now, he is facing charges of first-degree murder in addition to the attempted murder of a law enforcement officer.

Joshua Henderson was arrested on Friday in connection with a shooting that killed a woman inside a car in Clearwater.

According to the police, on Friday, the officers received information about the firing at 3.12 pm. near Otten Street and Weston Drive in Clearwater. When they reached there, a woman was killed after being shot inside the car.

Hours later, police said on Twitter that they had arrested a man in connection with the shooting. On Saturday morning, officials identified the man as Henderson.

He was arrested after hiding from officers in a retention pond near the 1700 block of Townsend Street.