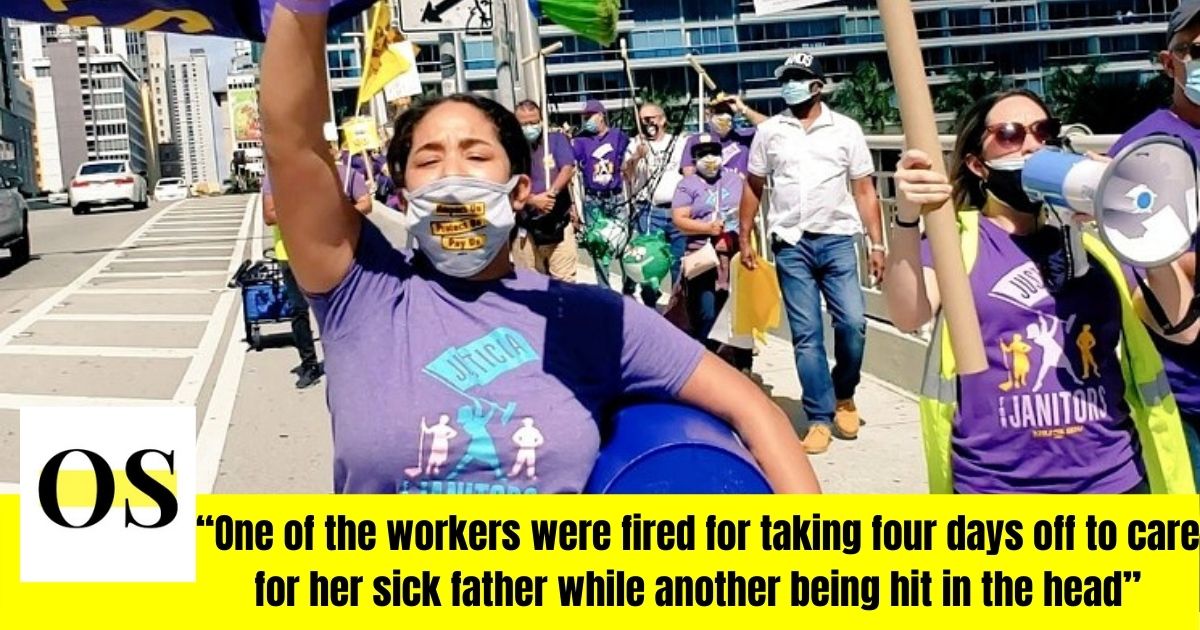 FLORIDA- According to the protestors, SFM services, the cleaning contractor of Miami Towers, was fined over $10,000 for using noxious chemical spray to disinfect the building while the janitors were still inside. The fine was issued by the Occupational Safety and Health Administration upon a filed complaint by the workers.

The Miami Tower protest was backed up by factors as harassment and unfair working conditions that the janitors have had to face throughout the pandemic.

According to an event description, walk-outs and marches had taken place on Feb. 9 and Feb. 11 in response to “unsafe working conditions and intimidation and retaliation over organizing efforts.”

In the protest, another cleaning contractor, Kleen & Green was also alleged for ill-treating and firing a janitor unfairly at Miami Tower who took four days off only to care for her sick father.

In their statement, they said, “SFM janitors at the Miami Tower have been complaining of inadequate PPE, lack of COVID-related training or how to handle hazardous chemicals, as well as the company’s previous refusal to provide onsite or nearby parking.”

The group also explained how Elsa Romero, another cleaner was attacked while on her way to her car from work by a man who first threatened her next made her fall on the ground and hit her in the head as she was trying to get up and walk away to her car.

The group of protesters revealed that Miami Tower is owned by Sumitomo Corporation, one of the wealthiest in the world who dominates a large part of mining, energy, and real estate.

Also in their statement, they included that, “SFM janitors that clean the luxury office tower have no health insurance or paid sick days, even while working through a deadly pandemic, and earn as little as $9 an hour.”

According to the janitors, the workers were threatened and union activists fired by the SFM and Kleen & Green contractors.