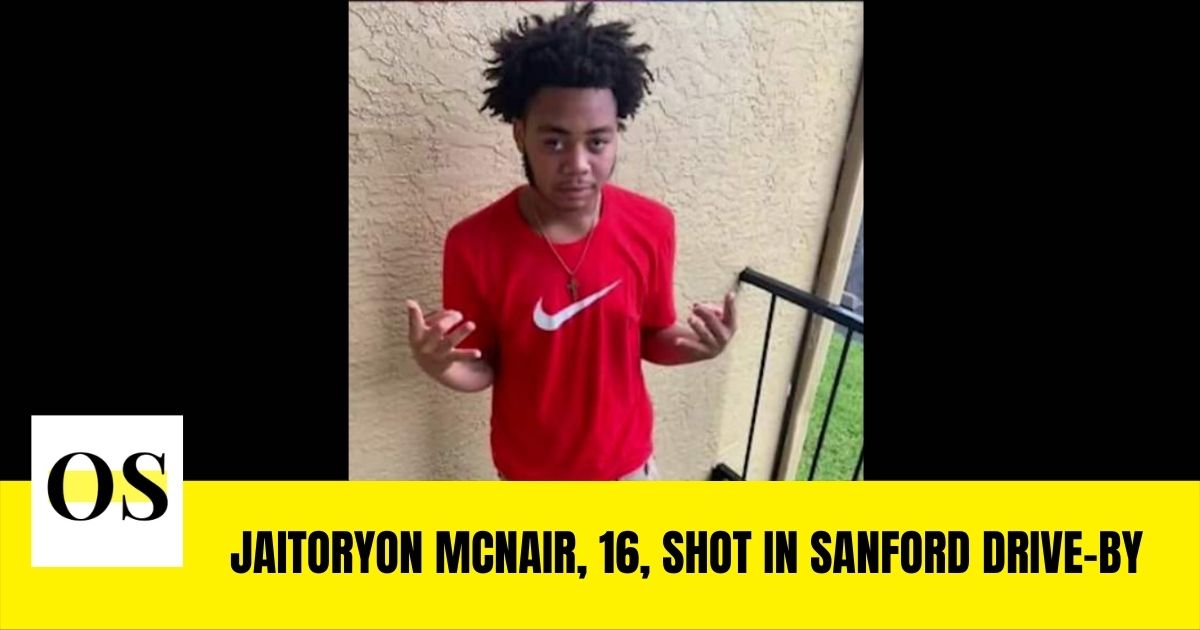 Sanford police said the shooting killed Jatorian McNair, which was reported around 6:35 p.m. In the 200 block of Hayes Drive, west of French Avenue and north of H E Thomas Parkway.

Police said officers responded to a 911 call and found McNair suffering multiple gunshot wounds in the front courtyard of a home.

Police said McNair was taken to hospital, where he was pronounced dead.

Police said it appeared several shots were fired from a black, four-door sedan (pictured below), which turned west at Anderson Circle and fled the area.

According to Sanford Police spokeswoman Bianca Gillette, the victim and shooter knew each other, who said it was an isolated incident.

Anyone with information about the shooting or vehicle is asked to call the Sanford Police Department or the crime line at 800 423-TIPS.