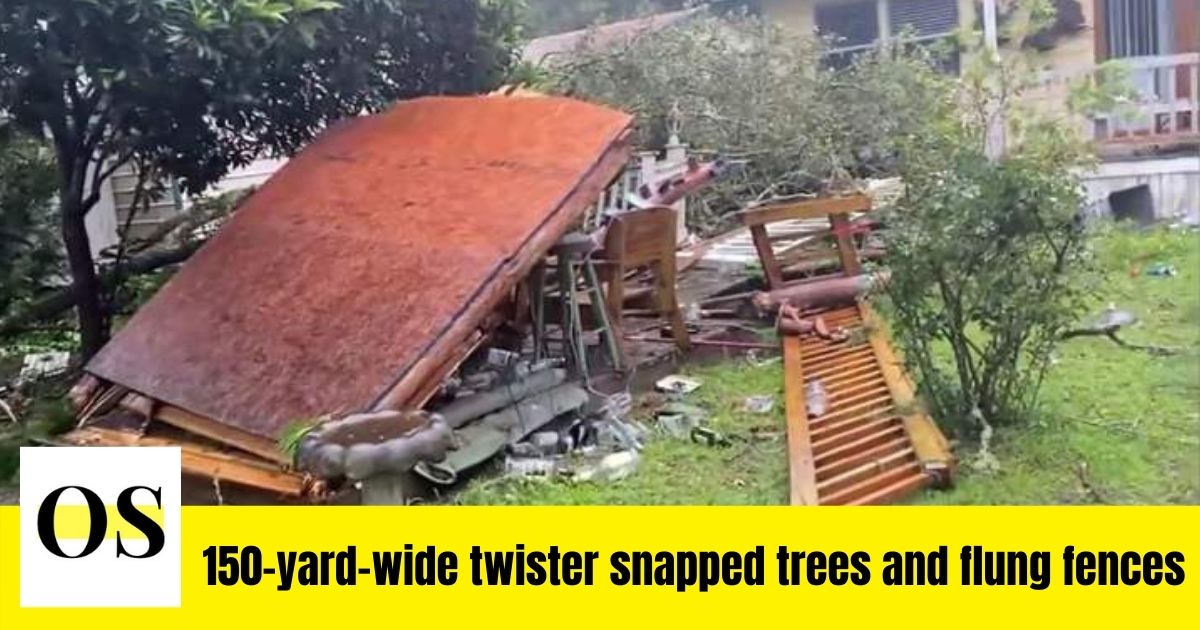 JACKSONVILLE, Fla. – Families in Jacksonville’s Lakewood area were out Saturday cleaning up debris left by a tornado that erupted during Tropical Storm Elsa. They were so sad while cleaning.

The tornado produced wind speeds of up to 110 mph as it proceeded north about 4 miles through San Jose, across Interstate 95, and into Arlington, according to the National Weather Service.

Trees were snapped, fences were tossed, and residences along Old Kings Road South, Powers Avenue, and beyond were damaged by the 150-yard-wide twister.

On Saturday, piles of branches were placed along the roadside, waiting to be picked up, while several people worked in their yards to recover from the tornado’s devastation.

Mark Has and his wife were cleaning on Saturday when their house began to shake minutes after the tornado warning was issued, according to News4Jax.

“Then we went outside and saw a big bunch of tree limbs fall, the fence come crashing down, and the roof come crashing down. “Over there, the house over there got hit the most,” Has remarked. “However, we were fortunate in that no one was injured, and that is the most important thing.”

As it passed Philips Highway and traveled along Bowdendale Avenue, the tornado attained its peak power and width. Several industrial buildings in the vicinity were reported to have sustained significant damage, according to NWS. One of these firms was able to capture horrifying footage of the tornado in action.