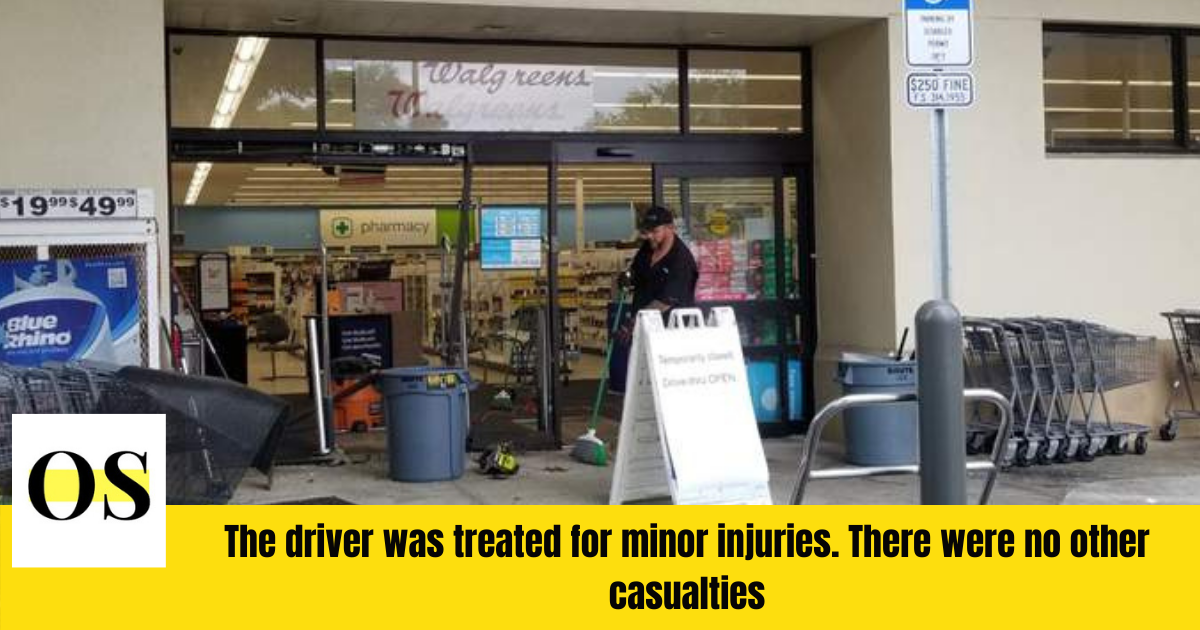 ORMOND BEACH, Fla. – On Monday morning, a car crashed into an Ormond Beach shop, but no one was seriously hurt.

The accident occurred near Granada Boulevard at Walgreens on Nova Road.

The driver was treated for minor injuries, according to authorities. There were no other casualties.

The cause of the driver’s collision with the store is unknown.

According to the manager, the store will most likely reopen on Tuesday, but the drive-thru will remain open.

Read More: A 14-year-old teen driver was killed in a crash in Ocala.