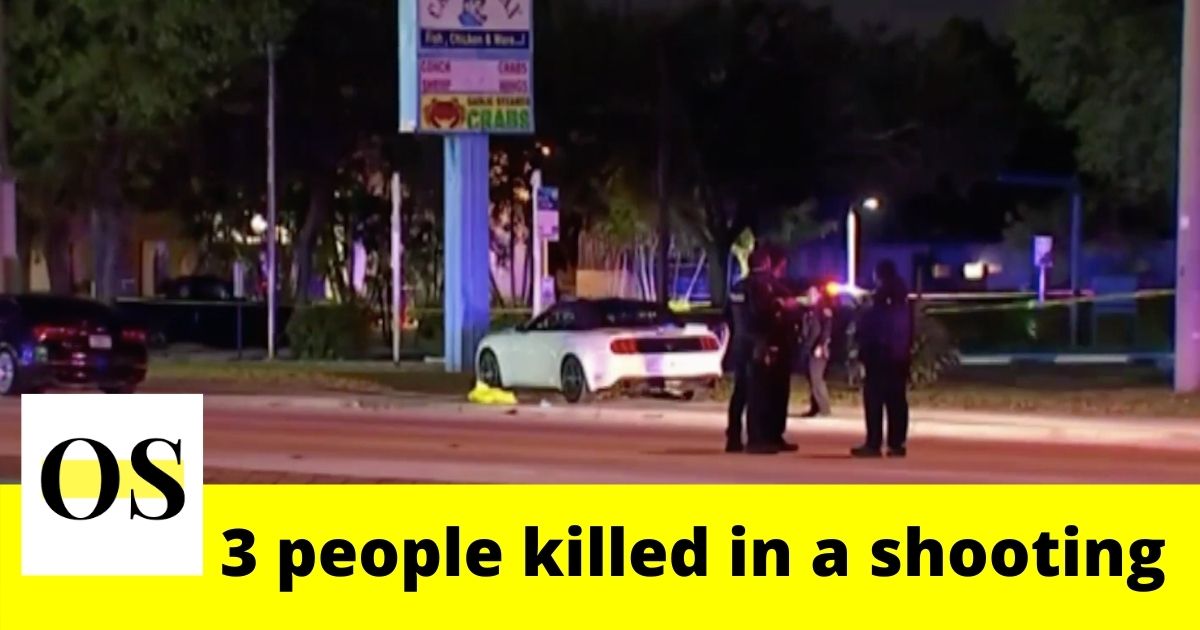 The reports say the triple shooting happened in the area of the intersection of southbound State Road 7 near County Line Road before 10 p.m.

Officials said people got into an argument before the shooting happened. Records show a suspect who was inside a vehicle shot fires on another vehicle. As the result, the white convertible Ford Mustang got into a crash near a restaurant.

The crash reports state the driver of the Mustang was pronounced dead at the scene.

Authorities said there were two passengers inside the Mustang. One of them was also pronounced dead at the scene. The second passenger was rushed to Memorial Regional Hospital. Unfortunately, he later died.

In the investigation, officials found more than a dozen bullet holes in the driver’s side door. Investigators were collecting evidence at the scene so the roadway was blocked for hours. Reports say the roadway was reopened at around 7 a.m.

The shooting is under investigation. Information regarding the suspect has not been released.