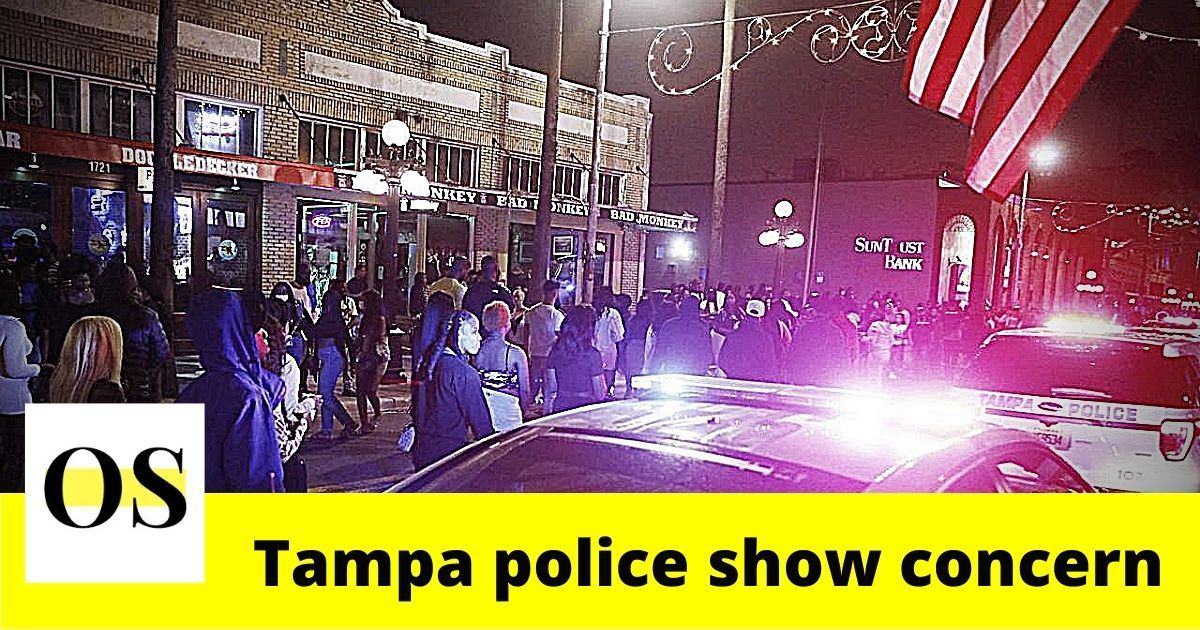 TAMPA, FLORIDA- As Buccaneers defeated the Kansas City Chiefs in Super Bowl on Sunday, the streets were reported to be flooded with Tampa Bay fans celebrating and ignoring precautions by medical experts to maintain social distance and to wear masks.

According to a reporter from the Tampa Bay Times, the bizarre episode of a man in a red T-shirt and Shorts climbed up a small tree in the city’s South Howard District and rocked back and forth as many fans egged him on. As the people started shoving at each other the police then took steps in taking the man on the tree to custody. At least one police officer was reported to get knocked down during this episode.

The Tampa Police Department has not made it clear as to how many were arrested or if any citation for violation were issued after the game.

According to reports, a large number of people have been partying in Ybor city; a popular place in Tampa for nightlife. Only a very few appeared to be wearing masks and any effort to disperse the crowd by the authorities was not spotted. It was reported to have been ‘one massive dance floor.’

With the transmissible variant of Coronavirus anywhere out there, officials show concern of Super Bowl festivities becoming a super spreader event.