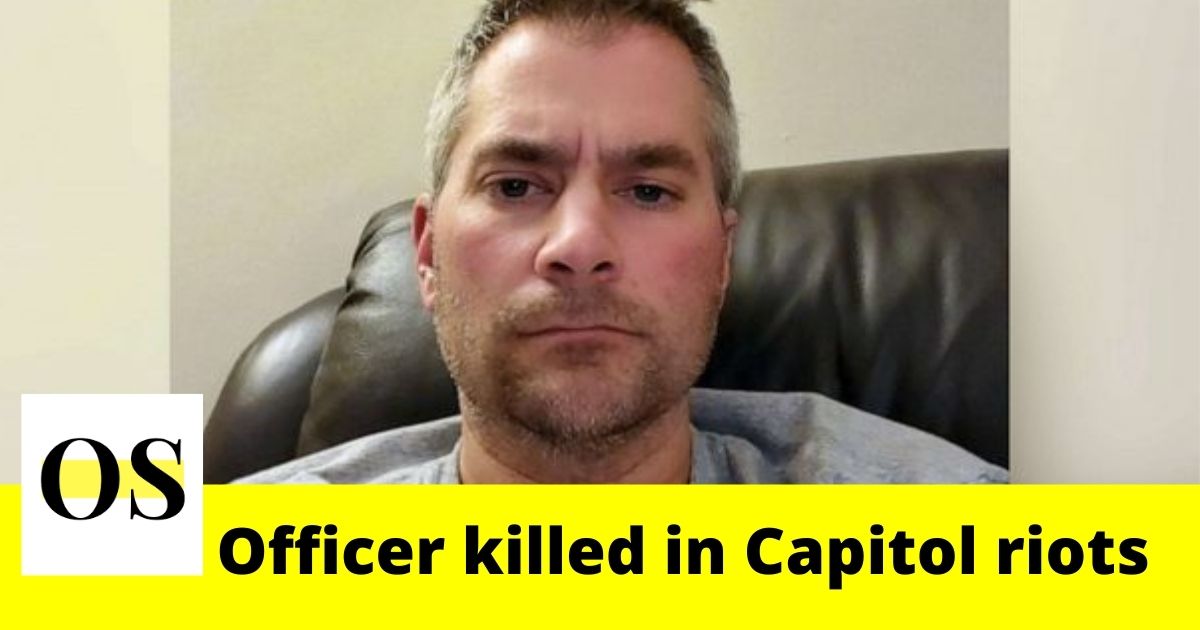 WASHINGTON: The U.S. Capitol Police officer Brian Sicknick was killed on Thursday night in the riots in Washington. Sicknick had been with the department for 12 years.

The U.S. attorney’s office in Washington has opened a federal murder investigation in the death of Sicknick. Acting Attorney General Jeffrey Rosen said, “The Department of Justice will spare no resources in investigating and holding accountable those responsible.”

Sicknick “was injured while physically engaging with protesters” in Wednesday’s riots.

Sicknick’s brother said, “After a day of fighting for his life, he passed away a hero.” “I would like to thank all of his brothers and sisters in law enforcement for the incredible compassion and support they have shown my family,” he added.

House Speaker Nancy Pelosi said, “On behalf of the House of Representatives, I send our deepest condolences to the family and loved ones of Officer Brian Sicknick, who died after defending the Capitol complex and protecting those who serve and work here”.

“The perpetrators of Officer Sicknick’s death must be brought to justice,” Pelosi added. “The violent and deadly act of insurrection targeting the Capitol, our temple of American Democracy, and its workers was a profound tragedy and stain on our nation’s history. But because of the heroism of our first responders and the determination of the Congress, we were not, and we will never be, diverted from our duty to the Constitution and the American people.”

The deputies in Volusia County will wear mourning bands in honor of Sicknick.