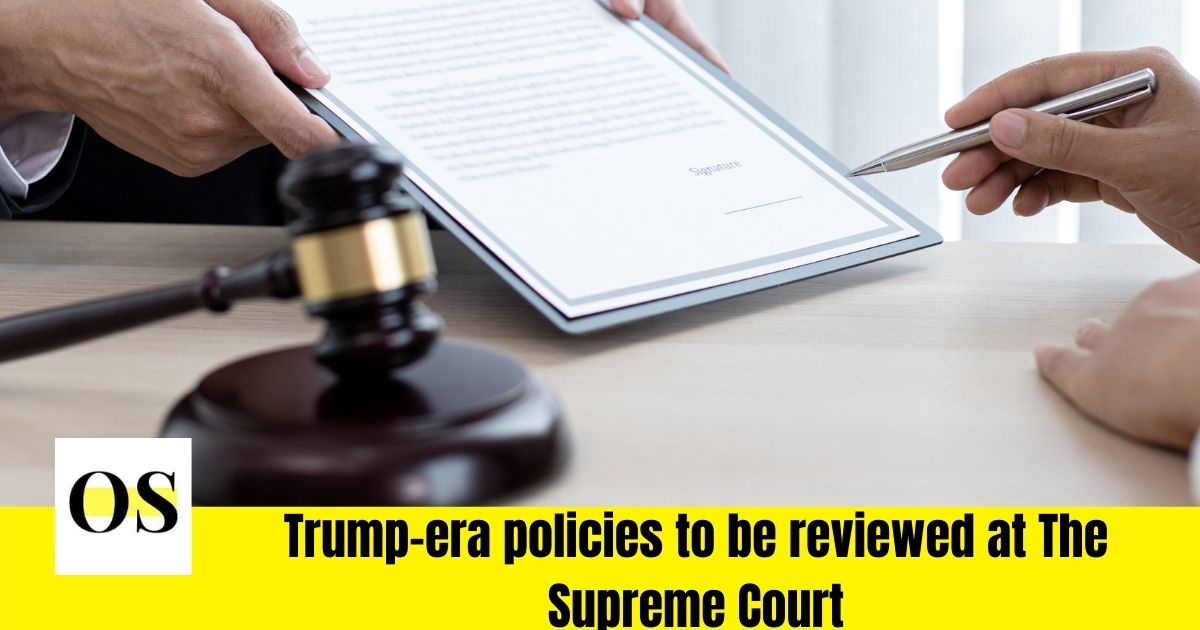 Abortion and Green card rules to be reviewed on Monday at The Supreme Court barring family planning funds to aborting clinics and limiting immigrants’ use of public benefits, even though President Joe Biden’s administration signals preparations to roll back to those policies.

The justices’ have decided to hear out the challenge to President Donald Trump’s restrictions. One case involves a “gag rule” that prohibits federally funded health clinics from referring women to abortion providers. The other involves regulations that could keep immigrants from getting their green cards if they use food stamps or other public benefits.

Title X family planning program was ridiculed as a “gag rule,” which could serve as a key test of how the Supreme Court’s newly fortified 6-3 conservative majority will approach abortion.

Under Title X, a 1970 law designed to improve access to family planning services, federal money may not be used in programs “where abortion is a method of family planning.”

The justices will also consider the constitutionality of Trump’s so-called “public charge” rule, which expanded the government’s ability to deny green cards or visas for legal immigrants determined to be dependent on public assistance.

Under the 2019 Department of Homeland Security policy, immigrants who are in the United States legally are considered public charges and ineligible if they use any benefits or are declared likely to someday rely on such assistance.

Under the 2019 Department of Homeland Security policy, immigrants who are in the United States legally are considered public charges and ineligible if they use any benefits or are declared likely to someday rely on such assistance.

The Federal government has been ordered by President Joe Biden to  both the policies which may likely lead to their reversals – and potentially mentioning either cases to Justices before the review them.

Last month, Biden also ordered a review of Trump’s restrictions on family-planning clinics that caused Planned Parenthood to withdraw from the funding program, rather than stop abortion referrals. The group serves 1.6 million low-income women and gave up about $60 million a year in federal funding.

Abortion rights supporters and opponents have argued for decades whether counseling a patient about abortion or referring a patient to a different provider for an abortion violates that language.

During Trump’s presidency, religious conservatives opposed to abortion scored major victory in their quest to “defund Planned Parenthood” because, among its many services, it is the largest abortion provider in the United States, and they viewed the Title X grants as an indirect subsidy.

“The Biden administration must rescind the rule immediately and should withdraw all pending government appeals defending the rule, including its appeals to the Supreme Court,” the Legal Aid Society, the Center for Constitutional Rights and a group called Make the Road New York said in a joint statement.

“Every day that passes causes more harm to immigrant communities and impedes efforts to curb the spread of the coronavirus, particularly among low-income communities of color.”