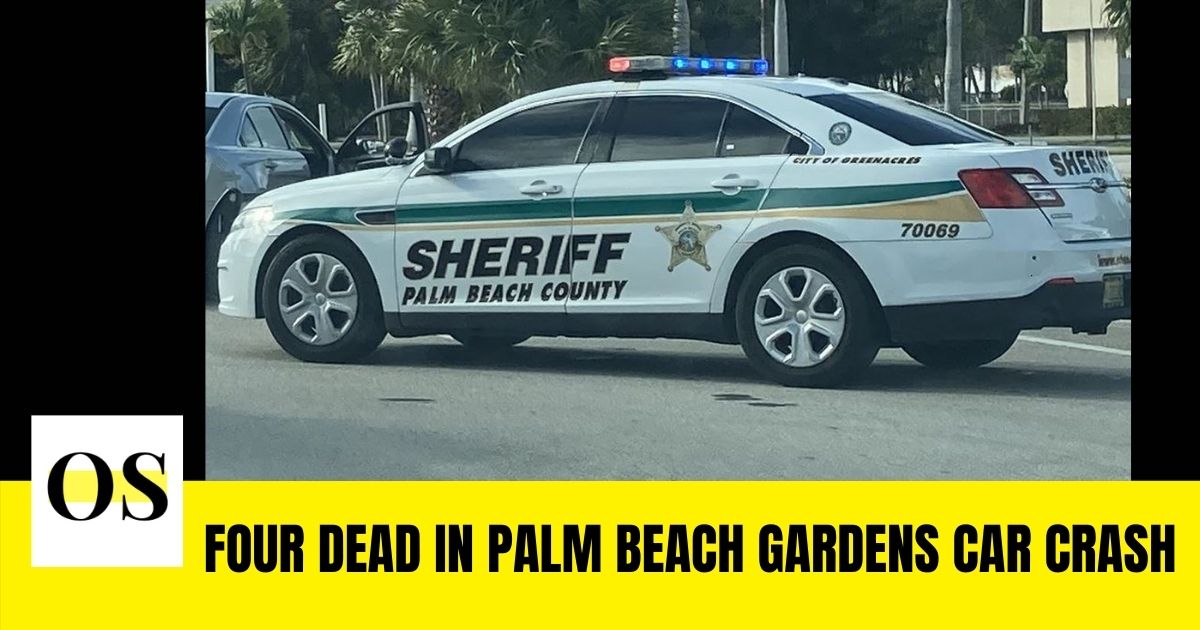 According to the Palm Beach County Sheriff’s Office, the 17-year-old driver who caused the accident is said to be in critical condition.

The police report said there were three teens aboard the 2019 Nissan Rogue – two in front, one behind – “recklessly” headed north on Beeline Highway near the intersection of PGA Boulevard when the driver ran a red light. The accident happened at 4:09 am.

The Rogue hit head-on on the left side of a 2010 Nissan Xterra which was turning south onto the Beeline from PGA Boulevard. The Xterra spun out of control clockwise, overturned, and ejected its driver, Elizabeth Anderson, into the grass median. Both Anderson and her passenger, George Nienhouse, were pronounced dead at the scene. Their ages were not provided.

The report said the officer who arrived at the scene noted that Rogue’s 17-year-old driver, Christopher Garrett Jr., was under the influence of drugs or alcohol. The passenger who was sitting in the front seat, 14-year-old Jayoni Leonard, was also pronounced dead at the scene.

In the back seat, Garrett Jr. and 17-year-old Alexia Simpson were taken to St. Mary’s Medical Center, where Simpson was pronounced dead.

Stay tuned with us for more updates and Palm Beach News.