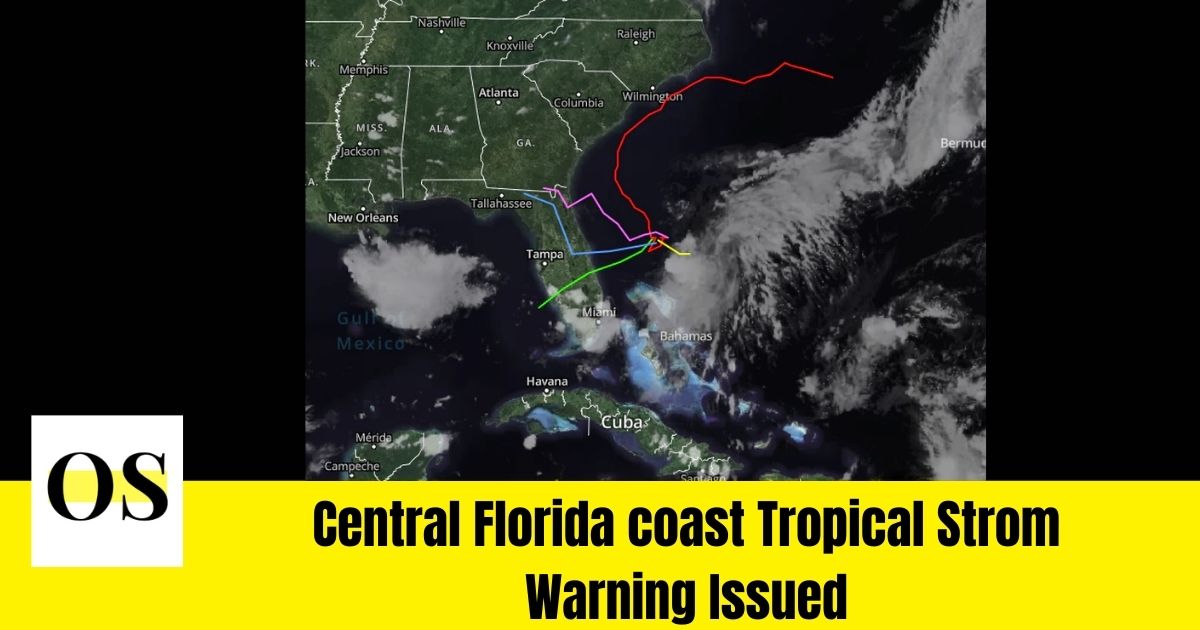 Orlando Fl. – According to the National Hurricane Center, a low-pressure system off the east coast of central Florida could develop into a tropical depression later today or early morning Monday.

NHC weather forecasters said that the well-defined system, which was located about 160 miles east of Daytona Beach, Florida, on Sunday morning. They are giving this disturbance a 50% chance of developing into a tropical system over the next two days as well as the next five days.

NHC in its tropical weather outlook at 8 a.m said “Environmental conditions are expected to remain favorable for additional development,”. They also said, “However, the system still lacks organized shower and typhoon activity near its center and therefore did not meet the criteria to be designated as a tropical depression.”

NHC also said that “Interests in Florida should continue to monitor the progress of this system,”.

Jonathan Kegges, a meteorologist at News 6 WKMG, tweeted two hours ago, “Visible satellite reveals the thunderstorms developing on the southern side of the system. Northwest side still having trouble because of dry air. Still could become a tropical depression later today.”

Huge amounts of dry Saharan dust from Africa have been over the Caribbean and Florida in the coming weeks, acting as a tropical storm guard. The dust helps suppress thunderstorms, tropical storms, and hurricanes, and it creates some magnificent sunsets.

They are also rapidly approaching the time in hurricane season when tropical activity historically begins. NHC said September 10 is usually the peak of hurricane season, which runs from June 1 to November 30.

NOAA is predicting the 2021 season to be a higher-than-average year with an estimated 13-20 named storms. An average season sees 14 named storms.

So far in the 2021 season, they’ve had four tropical storms – Ana, Bill Claudette, and Danny – and one hurricane, Elsa.

The next named storm will be called Fred.

For more updates, you can stay tuned with us.