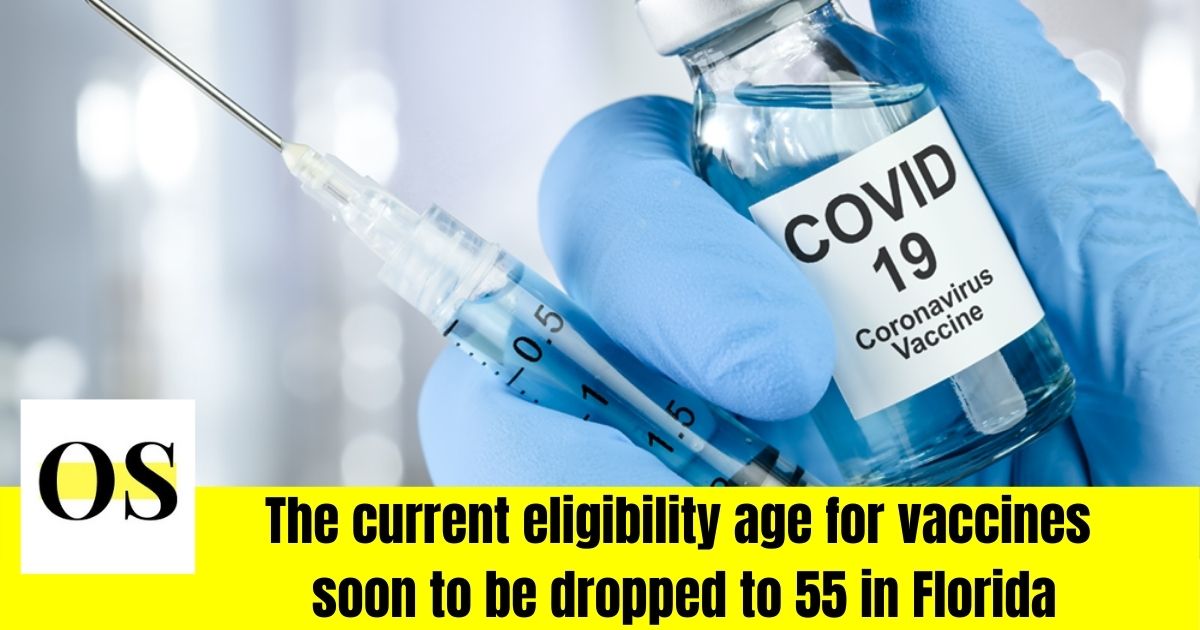 MIAMI, FLORIDA- According to the statement of Florida Gov. Ron DeSantis, the eligibility age of 60 for the COVID-19 vaccine which was announced Monday will soon be dropped down to 55. Further, he said that it is probable to open it up to the rest.

According to the Governor, with the increased supply per week, the process would be quicker than planned.

He further stated that the lifesaving vaccine adds 2 million to the eligibility population with each 5-year age group. The Gov. also mentioned wanting to prioritize on the age 55 and above, as they are more at risk than the younger population