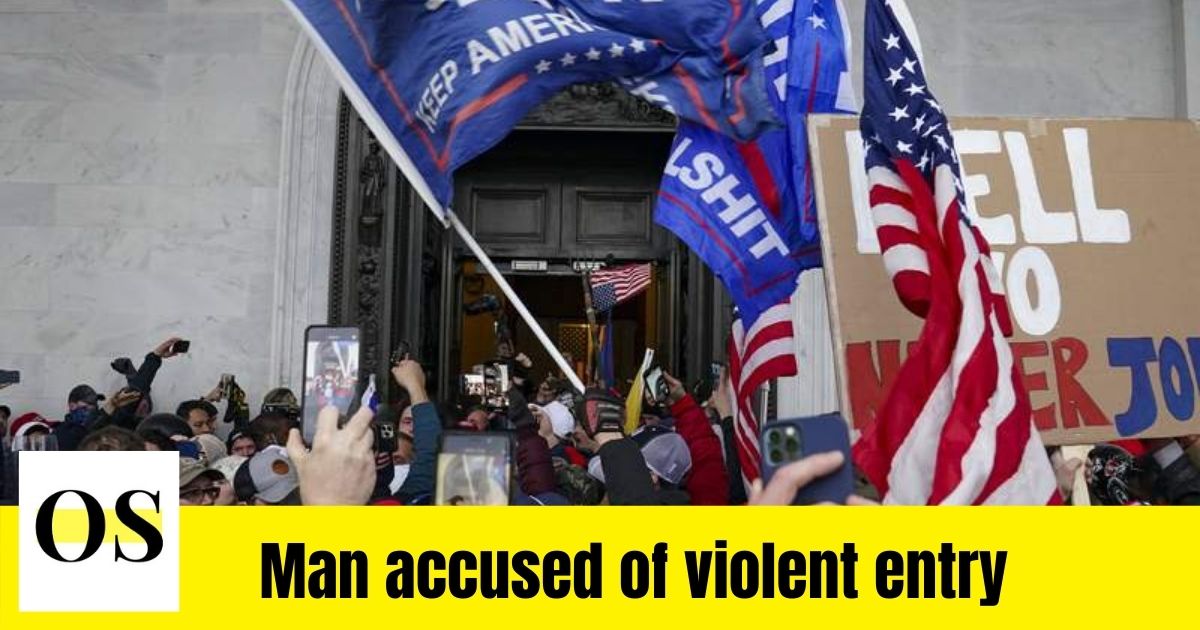 According to federal court records, a father and his son, both pastors at a Melbourne church, as well as a congregant who produced evidence against them, were all arrested on Thursday in connection with the January 6 violence at the United States Capitol.

According to News 6 partner Florida Today, they raise the total number of arrestees in Brevard County in connection with the violence to six.

The leaders of the Global Outreach Ministries church in Melbourne, James “Jim” Varnell Cusick Jr, 72, and his son Casey Cusick, 35, are accused of knowingly entering or remaining in any restricted building or grounds without lawful authority, disorderly or disruptive conduct in a restricted building, and violent entry and disorderly conduct on capitol grounds. A member of their church who was with them, David Lesperance, 69, was also detained and faces similar allegations.

All three made their first appearance in federal court in Orlando on Thursday afternoon. According to a court official, they were each freed on a $25,000 bail. They must submit to DNA collection, forfeit any firearms they may have, surrender any passports they may have, and limit their travel to the Middle District of Florida and the District of Columbia for court appearances.

Lesperance was tracked down by the FBI at his house in Indian Harbour Beach, where he “confirmed that his pastor was also there at President Trump’s speech and then at the United States Capitol afterward.”

Cusick’s name was not mentioned by Lesperance, but he did tell agents that they had cellphones and snapped pictures. Lesperance admitted that he deleted the images and videos he took because he was afraid of negative consequences.

Agents used a warrant to get cell phone data that tied Lesperance to being inside the Capitol building on Jan. 6. Agents matched images from security footage obtained inside the capitol to photos seized from his iCloud account, which showed the Cusicks inside the capitol in attire.

Casey Cusick of Palm Bay and Jim Cusick of Indian Harbour Beach did not respond to emails or phone calls to their publicly available phone numbers and ministry contact information. Lesperance could not be reached for comment right away.

The ministry’s given address in Melbourne is in an upscale residential neighborhood. The place appears to be a home nestled at the end of a gated driveway in wooded settings and does not appear to be a church from the outside.

Pastor Jim Cusick started the church, according to the biographies on their ministry’s website. In business registration paperwork, his son Casey Cusick is identified as vice president.

Pastor Jim is a “world traveler” who is “heavily involved in Israel and Russia, working with the International Christian Embassy Jerusalem,” according to his credentials with the Association of Faith Churches and Ministers. He has spent the previous two decades traveling over Europe, assisting Jews in returning to Israel.”

“Pastor Jim is the father of four children and the grandfather of five grandchildren.”

According to his Church bio, Casey Cusick spent three years in Israel learning Hebrew and met his wife while attending Bible college. According to the website, he is in charge of the ministry’s activities.

Casey Cusick has many traffic infractions on his record, as well as a past arrest for disorderly behavior at his Palm Bay residence in 2018, for which adjudication was withheld. He hit his wife on the nose with his right elbow, causing her to bleed, according to the police report.

The strike caused bruising and swelling on the victim’s nose, according to the report. They had been married for six years and had an 18-month-old child at the time.

In a statement released Thursday, Attorney General Merrick Garland said that federal authorities had made 500 arrests as a result of their investigations into the disturbance.

“We have already made 500 arrests, including the 100th offender charged with assaulting a federal law enforcement officer,” says the statement. “We arrested our first suspect this morning on allegations of assaulting a member of the news media,” he said.

Garland thanked both federal agents and ordinary folks for providing them with information.

“Without the ongoing support of the American public, our efforts to bring criminal charges will be futile. We’ve gotten almost 200,000 digital tips from them so far.

“I guarantee the American people that the Department of Justice will continue to follow the facts in this matter and charge what the evidence warrants in order to bring all offenders responsible for the events of January 6th accountable,” he added.

The average age of those detained in the Capitol siege is 39, according to George Washington University’s Program on Extremism, which tracks those arrested. Suspects originate from 43 states and the District of Columbia.

With 46 arrests, Florida leads the country, followed by Texas with 45 and Pennsylvania with 44. Florida also has the proudest Boys and Oath Keepers charged in the US, including Kenneth Harrelson of Titusville, who is charged with federal conspiracy.

With six cases each, Brevard and Marion Counties are tied for the most Capitol Riot cases.