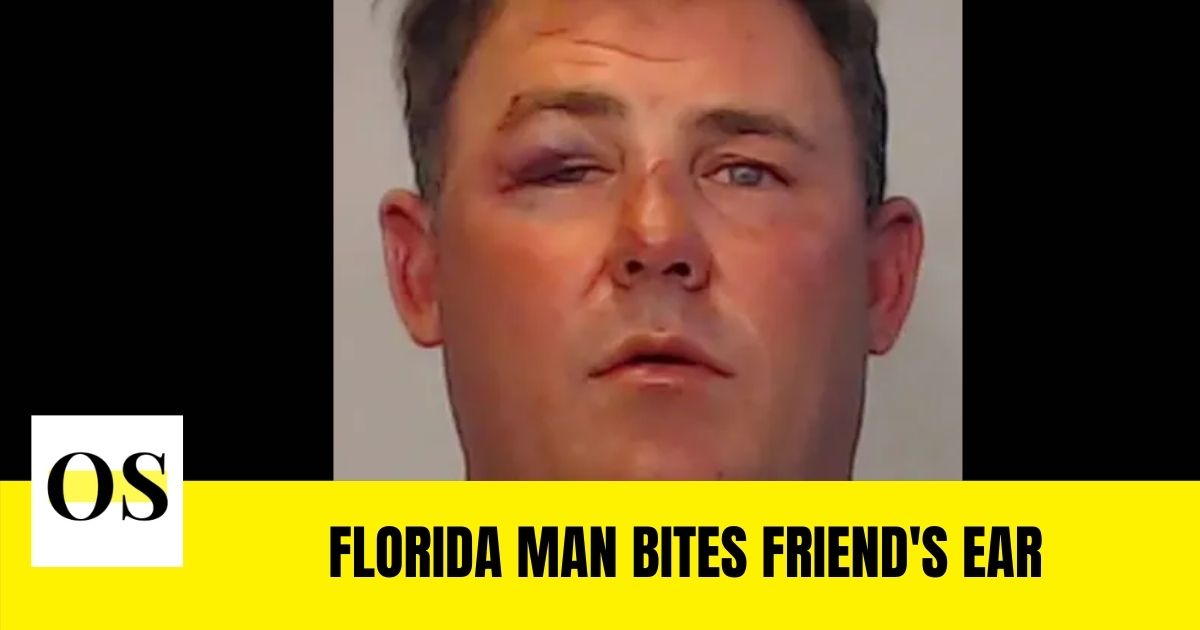 Key West, Fl. – A Florida man (James Williams) was arrested Thursday after biting off part of his friend’s ear during an early morning brawl at a Key West hotel.

According to the Monroe County Sheriff’s Office, James Lenn Williams, 45, of Port St. Lucie, was struck with multiple battery charges after the 2:30 a.m. incident at Ocean’s Edge Resort and Marina on Stock Island.

The sheriff’s office said Williams was on vacation at the hotel with three friends – a man and two women – when they got into a fight while returning to the hotel.

Officials said the fight began when one of the women was passed out and Williams decided to put her on a maintenance wheelbarrow. As Williams was taking her to the hotel room, he began pouring beer on her and abusing her, the group told deputies.

The sheriff’s office said the other person in the group told Williams he was abusive. Williams then became belligerent towards her 28-year-old friend.

According to deputies, all three — including the woman who passed out after she awakened — attempted to pacify Williams, but the suspect pushed both women to the ground.

“Williams then pushed the male victim to the ground and began to choke him,” the sheriff’s office said. “The male victim said Williams had bitten off part of his ear while others were trying to separate them.”

Deputy Nicholas Galbo responded to the scene and found that the bite victim was being treated by paramedics.

The sheriff’s office said part of his ear was missing and was still bleeding, although none of the victim’s injuries were life-threatening.

Williams left on foot after the attack and was later found on the property.

“Williams declined to speak to Deputy Galbo. Williams was taken to prison,” the sheriff’s office said.

He was charged with aggravated battery, battery by strangulation, and two additional counts of battery life.