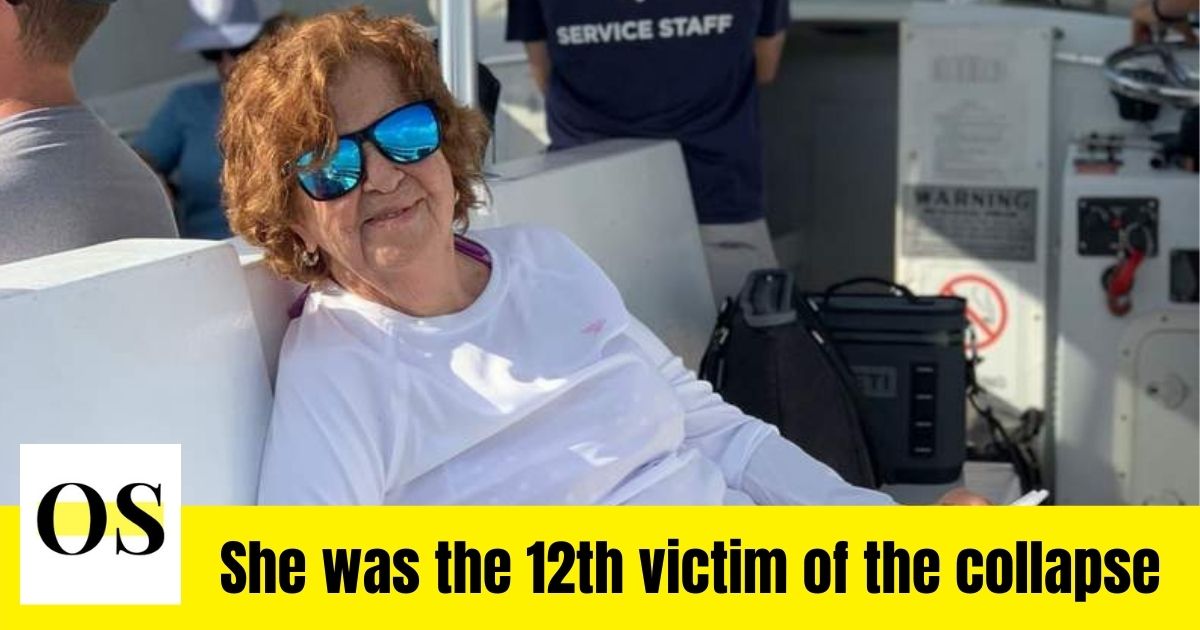 SURFSIDE, Fla. – Her relatives announced Wednesday that a 92-year-old woman who had lived in a coastal Florida condominium for more than 20 years had been discovered dead among the rubble of the fallen tower.

Hilda Noriega had just listed the condo for sale and intended to move there with her family. She was the 12th victim found from the wreckage of the Champlain Towers South in Surfside, Florida, as of late Tuesday. Early Wednesday, more than 140 persons were still reported as missing.

Her death was revealed by her family in a statement issued by North Bay Village, where her son, Carlos Noriega, is the police chief.

“The Noriegas have lost their family’s ‘heart and soul’ and’matriarch,’ but they will get through this difficult moment by embracing Hilda’s unconditional love,” according to the statement.

When Carlos Noriega and his son, Mike Noriega, heard about the building collapse, they went to the scene. They discovered artifacts from her life on the sixth level of the building she’d called home for more than 20 years among the flying debris. They discovered an old photograph of her with her late husband and their baby son, as well as a birthday card received two weeks prior by members from her prayer group, with the initials “ESM,” Spanish for “hand-delivered,” scrawled over the yellow envelope with a butterfly etching.

Mike Noriega, who last spoke with his grandmother the day before the disaster, stated, “There was a message in the confusion of all this.” “It means to never lose hope. “To believe.”

The governor stated, “I could see the difference she made in his life, his wife’s life, and her grandkids’ lives.”

Hilda, according to the Noriegas, was a fiercely independent and vibrant retiree. “She’s the youngest 92-year-old I know… 92 going on 62,” her grandson added.

According to the family, her husband died six years ago, and she opted to sell the condo and move in with her family.

She enjoyed living near the beach and her friends, but “when you lose a husband, you want to be surrounded by family… and she wanted to spend more time with her family and grandchildren,” Hilda’s daughter-in-law Sally Noriega said.

After immigrating to the United States from Cuba in 1960, Hilda Noriega married and established a family, according to her daughter-in-law.