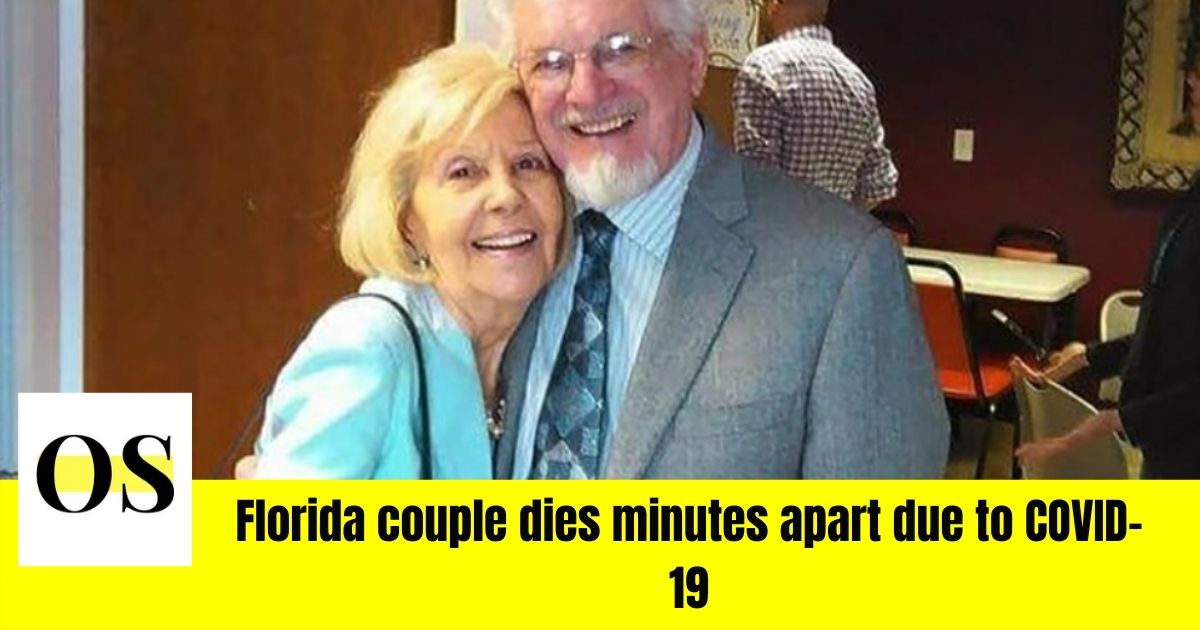 FORT LAUDERDALE, FLORIDA- According to the news, a Florida Couple who had been married for decades died just minutes apart due to COVID-19. The couple had served as missionaries and ministers for decades.

The couple, Bill and Esther were married nearly for 67 years, according to their daughter. She also said that although there’s no one more than her who misses them, she’s at ease because they both passed away together. The couple died while being treated for COVID 19 at a Palm Beach hospice.

Both spent years serving; 10 years in Jamaica and another 7 in Lebanon as missionaries. The couple made the decision to move to West Palm Beach in the 1970s and started an Assemblies of God’s church.

The couple would have celebrated their 67th anniversary this weekend, according to the news.