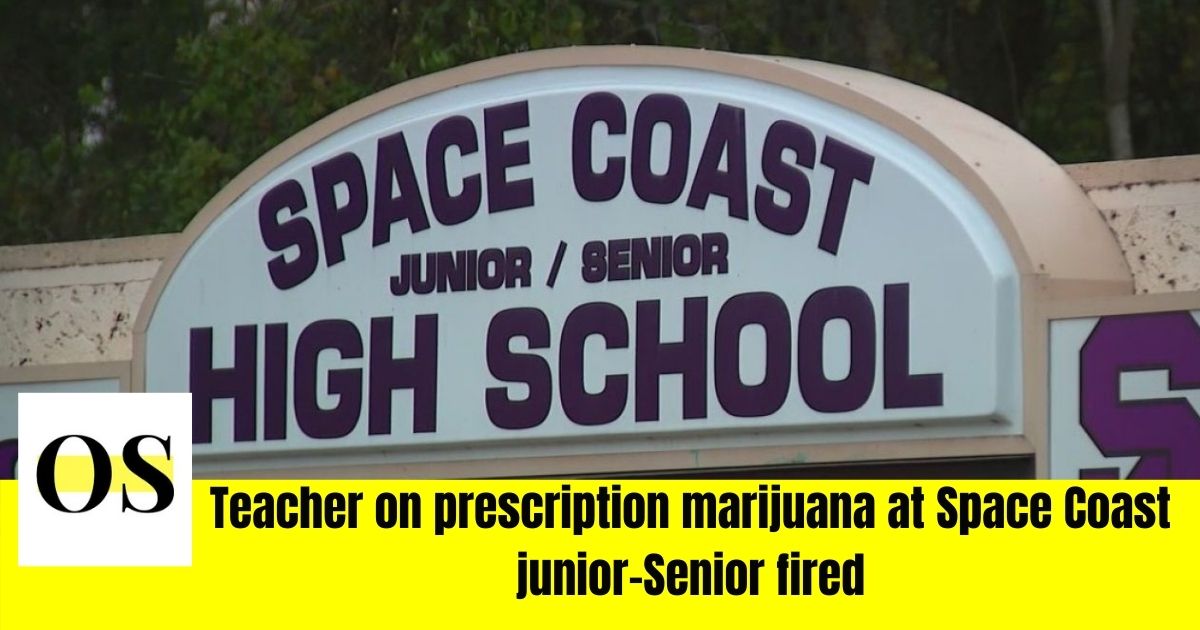 COCOA, FLORIDA- According to the Brevard County School board, a decision was made against a teacher who had used medical marijuana upon prescription. The teacher was apparently fired amidst pleading for the job.

The accused, Allison Enright was fired from the Space Coast Junior-Senior high school to keep up with the federal regulations which say the requirement for a drug-free workplace will be violated with active ingredients in marijuana.

Although medical marijuana use is permitted by State law, district policy hasn’t yet been updated to permit the use of any sort of marijuana. The disclosure made by Enright made it clear that she used marijuana while receiving medical care for an injury caused by a student who pushed her. The school board had no other choice than fire her since the school will otherwise lose the federal funding.

Enright said to the school board, “I want to make it clear. I do not do drugs. I do not smoke pot. I don’t get high. I take two pills a day. Space Coast Junior-Senior is my home, and I want to go back. You have the ability to make that happen. Please let me go back home.”

Cheryll McDougall, a member of the school board said, “This is a schedule-1 drug. I do not necessarily agree that it should be. But I don’t make that law, and we are a drug-free workplace. And that’s what I have to base my decision on at this point.”

Firing Enright was a regretful feeling for all the school board members and said they would be working on policy changes to be fair and avoid similar situations in the future.