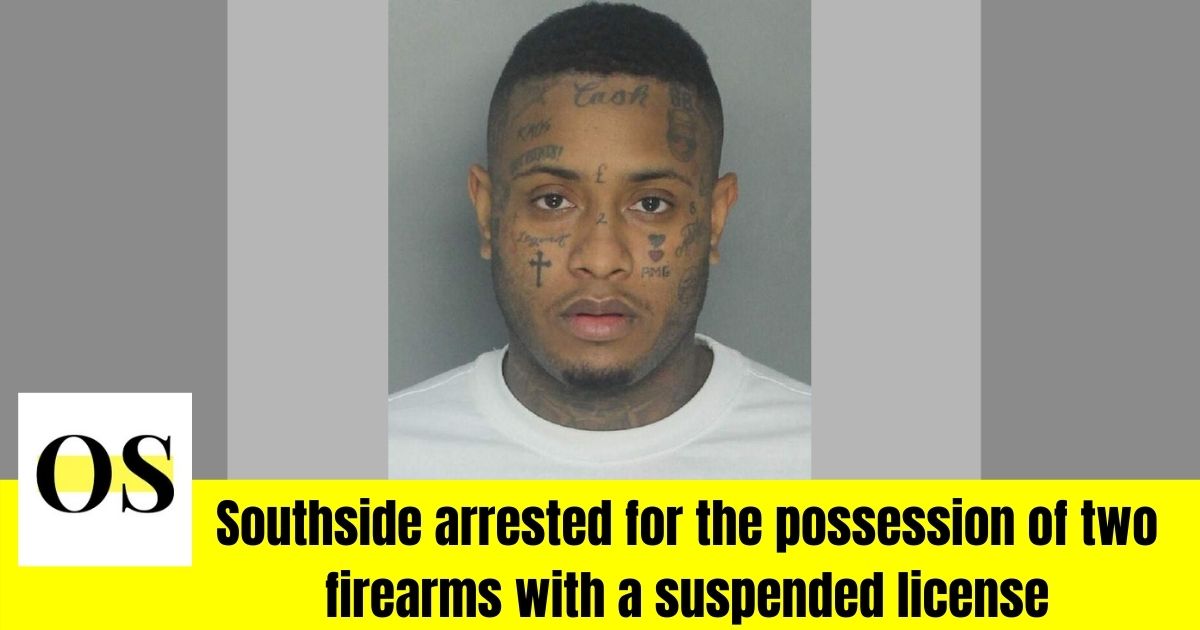 AVENTURA, FLORIDA- According to the arrest report, Joshua Howard Luellen of 32 who was popular as ‘Southside’ was arrested in Aventura on a weapon charge.

The arrest is a popular record producer who’s worked with A-list rappers.

The producer, Southside was pulled over near Aventura Mall while driving a black Mercedes-Benz SUV. According to the police, the vehicle had a heavily tinted windshield which obstructed the officer from seeing inside the vehicle.

Upon pulling over, the suspect was inquired upon. He was asked if any weapons were in the vehicle. To this, the Southside had responded saying he had to have two guns with him; one on the floorboard near his feet and another on the floorboard behind the front passenger seat.

According to officers, both guns were apparently fully loaded.

Although Southside showed the officers his permit card, for some reason his permits had been suspended.

Reports say that he was arrested and pressed with charges for carrying a firearm that had a suspended license.