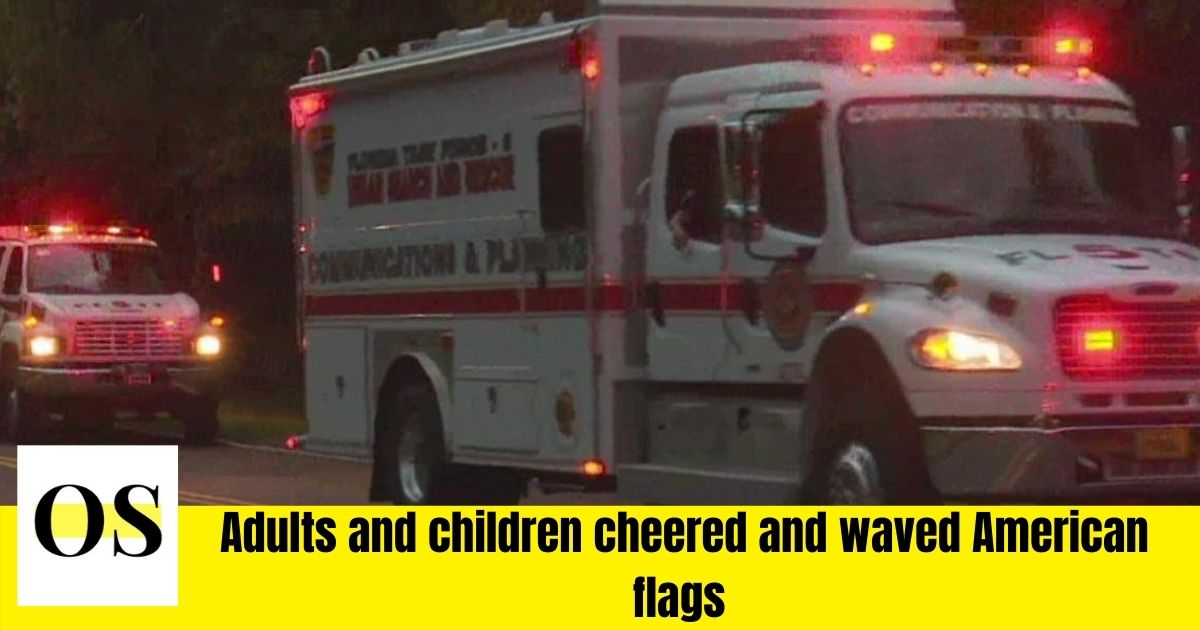 JACKSONVILLE, Fla. – After nearly a week of searching for survivors in Surfside, a nearly 80-person team of Jacksonville Fire and Rescue’s Urban Search and Rescue employees returned Friday night.

Families brought up the notion of a homecoming for the firefighters with JFRD employees, who were enthusiastic about it. Families gathered on Alden Road between St. Johns Bluff and the JFRD Training Academy at 8:30 p.m., waving as a line of heavy duty vehicles passed by.

Jacksonville Mayor Lenny Curry described the sight as “heartwarming” in a tweet.

Adults and children shouted as they waved American flags and carried posters.

JFRD’s explorer program includes Elizabeth Vandoren. She came to show her support for some of the people she most admires.

She said, “It must be difficult to walk out there and see what they saw.”

Last Sunday, the crew left at 2 p.m., got in Surfside at 9 p.m., and started working at midnight. Every day, from midnight to noon, first responders worked for 12 hours.

The mental toll this rescue attempt has inflicted on the responders has been “enormous,” according to Miami-Dade Lt. Obed Frometa of Florida Task Force 1, who also acts as a chaplain.

Situations like the collapse, According to Frometa, cause “a sensation of not only defeat, but also loss.” After all, we are human. We aren’t machines. We aren’t robots. We’re aware of it.”

Chief Keith Powers of the JFRD remarked, “They have seen and smelled things that will never leave their minds again.” “They were always trying to find a way to help those people achieve closure and, beyond that, to find someone alive.”

According to Powers, the firemen will have a 96-hour recuperation window to be with their family.