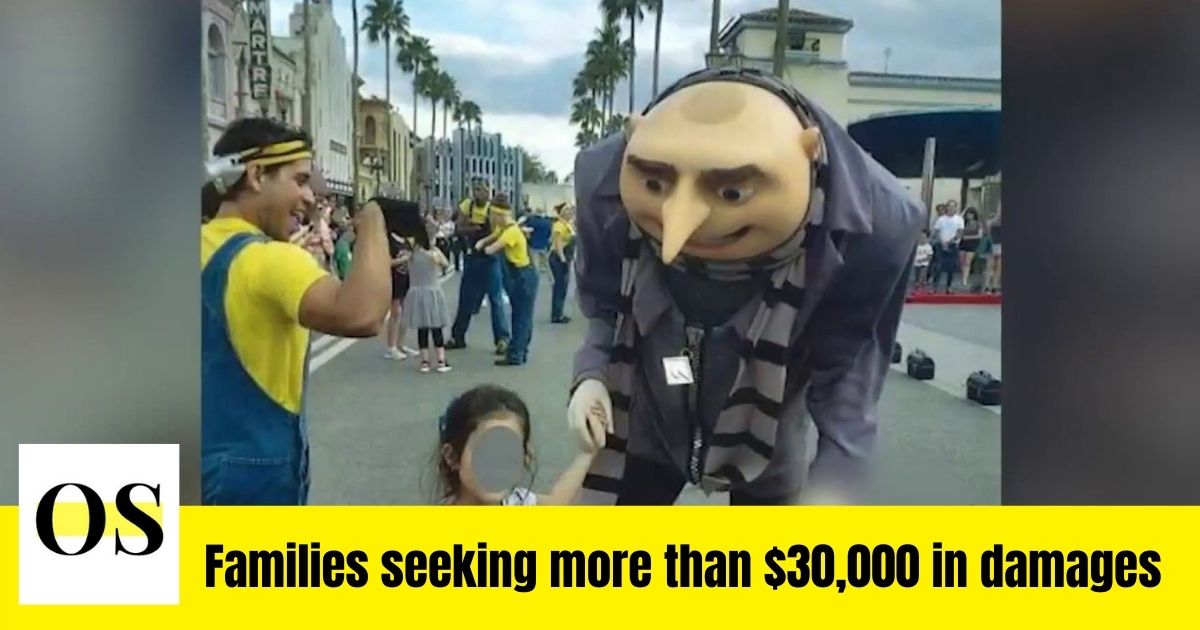 ORLANDO, Fla. – Universal Orlando is being sued by two families following separate events in which an actor portraying Gru from the “Despicable Me” movie made a racist hand gesture while posing for photos and video with mixed youngsters.

On June 23, a civil rights case was filed in Orange County’s Ninth Judicial Circuit Court on behalf of two girls who were 5 and 6 years old at the time of the images. Universal Orlando is named as a defendant in the lawsuit.

The American Anti-Defamation League has identified the “OK” hand motion as a symbol used to convey “hatred.” The lawsuit highlighted several high-profile hate crimes in which the suspects used the dislocated hand gesture, including the Jan. 6 rioting at the United States Capitol.

One documented occurrence, according to the lawsuit, occurred on March 23, 2019, when a 6-year-old girl named J.Z. attended a brunch at Universal’s Loews Royal Pacific Resort and posed for a photo and video with a person dressed in the Gru costume. According to the photo shared by the families, the actor placed his hand on her shoulder while displaying the “OK” hate gesture. According to the family’s lawyers, the hand motion was visible on the multiracial child’s shoulder for an extended period of time.

According to the lawsuit, the 6-year-old printed a screenshot from the video to bring to school for a project and was humiliated when she was informed she couldn’t show it to her class because of the hand gesture in the photographs.

A person disguised as Gru did the same thing to another 5-year-old girl at the Universal Orlando amusement park in February 2019, identified to in the lawsuit as H.R.

In October 2019, a Universal spokeswoman said the actor had been fired, but did not reveal the employee’s name.

According to the families, Universal Orlando has failed to reveal the person who plays Gru and has committed human rights abuses.

Both families say that the acts caused the girls mental agony, loss of dignity, humiliation, embarrassment, and other forms of emotional suffering.

Universal Orlando is accused of violating the Florida Civil Rights Act of 1992, according to the lawsuit.

Damages totaling more than $30,000 are sought by the families.