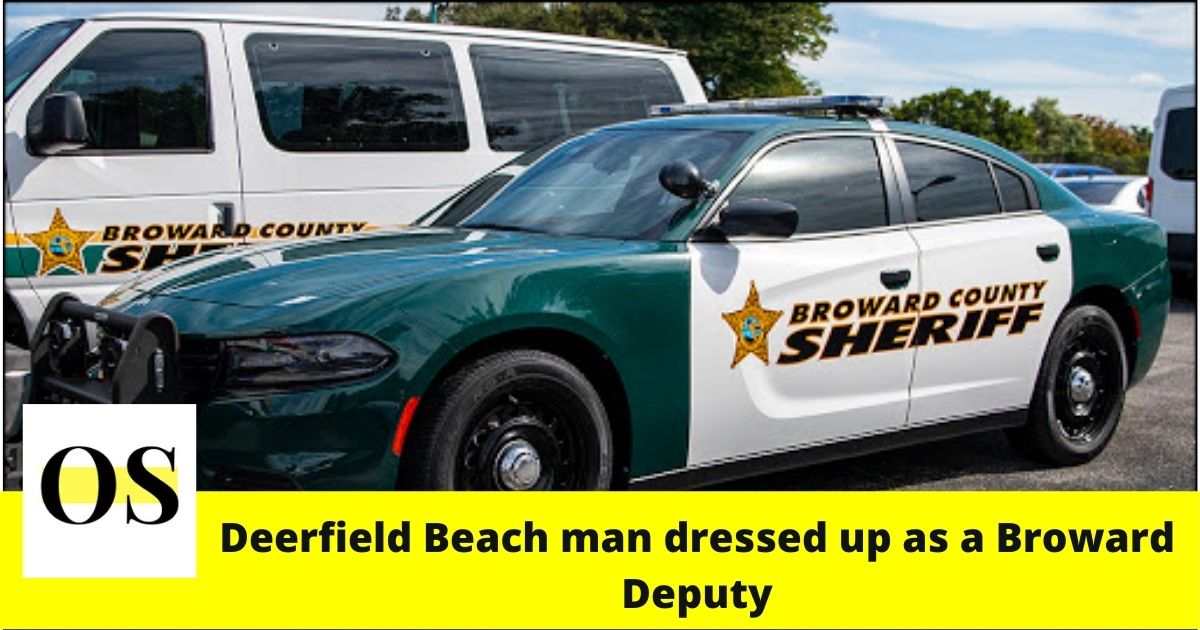 POMPANO BEACH, FLORIDA- Carlwell Wilson who posed as the Broward Sherriff Deputy at a traffic stop in Pompano Beach was spotted and arrested on site. The Broward Sheriff’s office said that Wilson despite dressing up as a deputy, also flashed a badge and threatened a woman of “Suspicious activity.”

The Deerfield Beach man followed the woman’s vehicle in a dark blue Dodge caravan. According to the investigators, the woman had been followed behind the Bible College in South Florida in the 10th Street in Deerfield Beach.

The woman’s statement in the arrest report said that she was stopped by Wilson who said he was a Broward Sheriff Deputy and was conducting an area check for any suspicious activity. In her statement, she also said that Wilson asked for her name and said he could arrest her but he didn’t want to and that he was patrolling the area because he cared for the place.  Wilson had been wearing what looked like a white t-shirt with a Police emblem on and was reported to have left the area post-incident.

While the woman whose name is still not disclosed picked Wilson from a photographic lineup, the real deputies managed to identify the suspect. According to the investigators, the woman really believed Wilson to be a deputy.

Upon a three-day search, Wilson was arrested in Pompano Beach on January, 30. The charges he was pressed with included impersonating a law enforcement officer and false imprisonment. Records show Wilson, being held in the Broward Jail on a $300,000 bond.