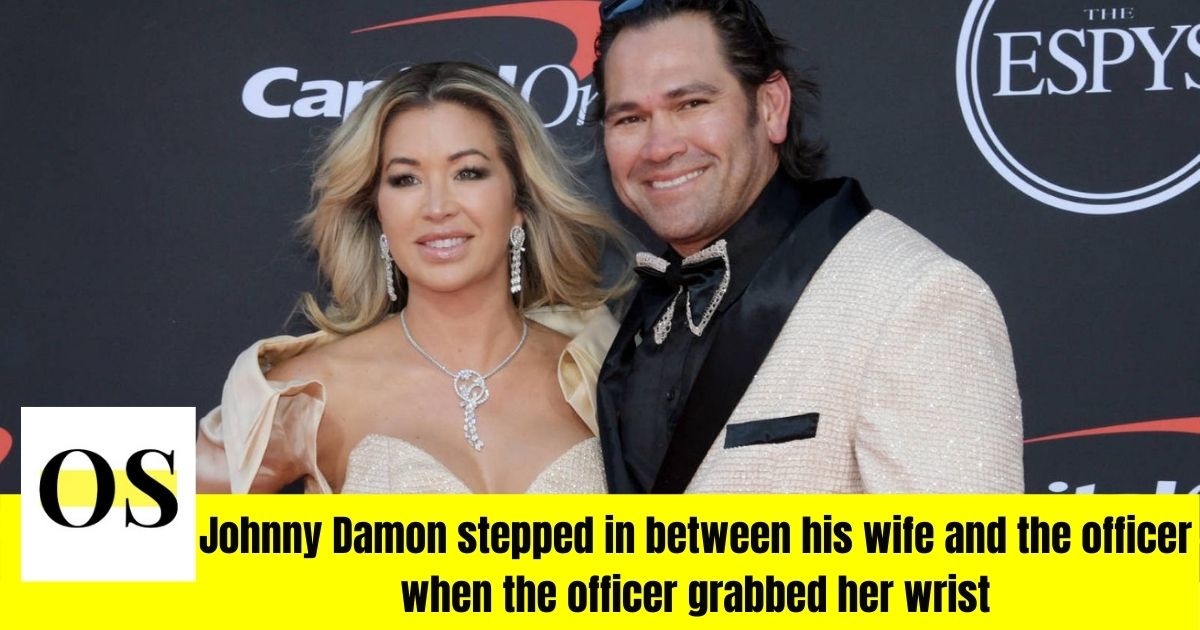 ORANGE COUNTY, FLORIDA- According to the records, Johnny Damon, a former Major League baseball Star was arrested upon resisting police in a traffic stop for suspected DUI.

According to the arrest report, the star, Damon, was pulled over at about 1.30 a.m. by the Windermere Police Department officers for driving past a stop sign having curb stroked at Chase Road.

The officers added that Damon’s eyes were bloodshot and he was seemingly unsteady on his feet and when asked how much he’d had to drink, he responded saying, “just a little bit.”

Upon measuring his blood-alcohol level, it was revealed that Damon had four times the state legal limit allowed for driving.

After pulling over, the officer had asked his wife, Mangan-Damon, to be in the car while he asked Damon to stand in front of the police car until another officer arrives. Apparently, Mandan-Damon got out of the car saying she didn’t have to listen to the officer.

According to the reports, Damon’s wife continued ignoring the officer’s commands where the officer took steps to grab her by her wrist to push against the car to tame the situation when Damon had apparently stepped between the two to create a scene, the officer in charge ensued handcuff to the duo to get the situation under control.

Apparently, the occurrence was outside the view of a nearby security camera and the camera in the officer’s vest was said to have knocked down.

Damon was reported to have undergone three sobriety tests before he and her wife, Mangan-Damon were taken to the Orange County DUI Testing center.