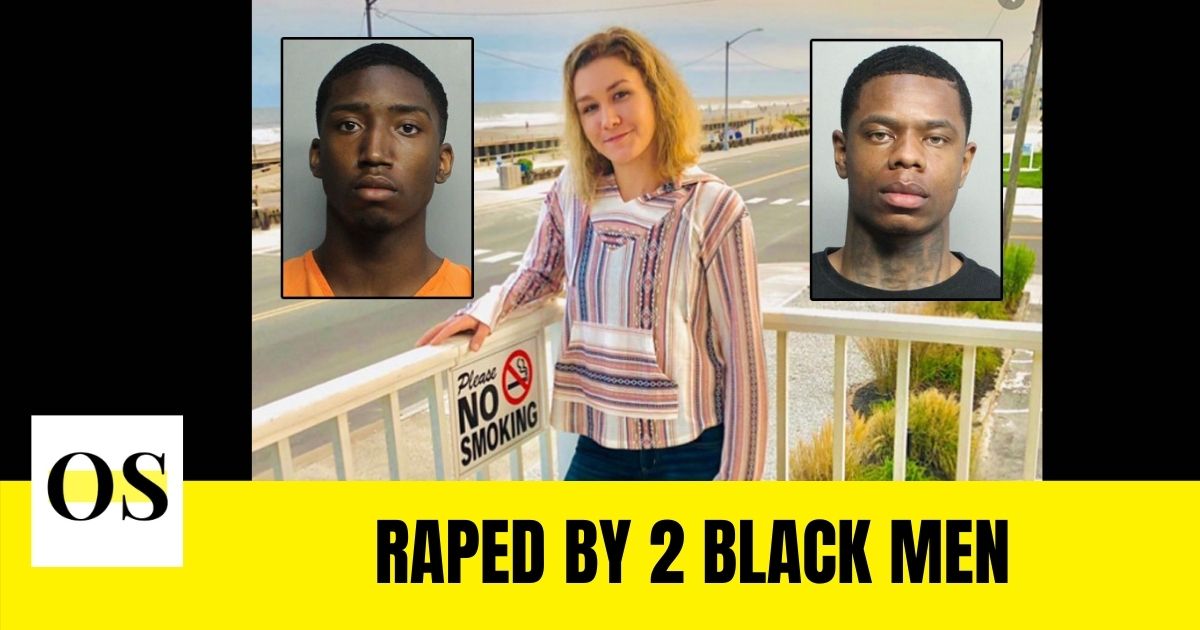 It is very sad that a woman named Christine Englehardt, 24, from Pennsylvania is raped by two black men and died because of an overdose of opioid, fentanyl.

Two men from North Carolina, Evoire Collier, 21, and Dorian Taylor, 24, were indicted by Miami-Dade grand jury on Wednesday of first-degree murder in connection with an overdose of a 24-year-old Pennsylvania woman who was visiting Miami Beach earlier this year.

We are living in a society where people are getting literate but not educated. These people are a stigma to the society and because of them, women do not feel safe themselves.

Taylor faces an additional murder charge in connection with another tourist’s fentanyl overdose.

According to officials, Christine Englehart (Miami beach tourist), who was in town for spring break, was found dead inside a room at the Albion Hotel in Miami Beach on March 18.

Investigators say the two men met the victim at a restaurant, gave her the green pill, and went to her hotel where “they had sex with her several times and once she fainted or out” the suspects Stayed inside the unit and didn’t call for assistance or help and started taking all her stuff.”

According to police, Engelhart was found partially naked and was drugged and raped.

Prosecutors said Engelhardt and the second victim, 21-year-old Walter Riley of Chicago, both died after overdosing on fentanyl.

According to the Miami Herald, Taylor is accused of selling fentanyl to Riley, although Riley believed he was buying the pain pill Percocet.

Collier’s attorney, Phil Reizenstein, told the news reporters that the medical examiner actually found that Engelhart had taken a variety of drugs that it was nearly impossible to determine the drug that caused his death.