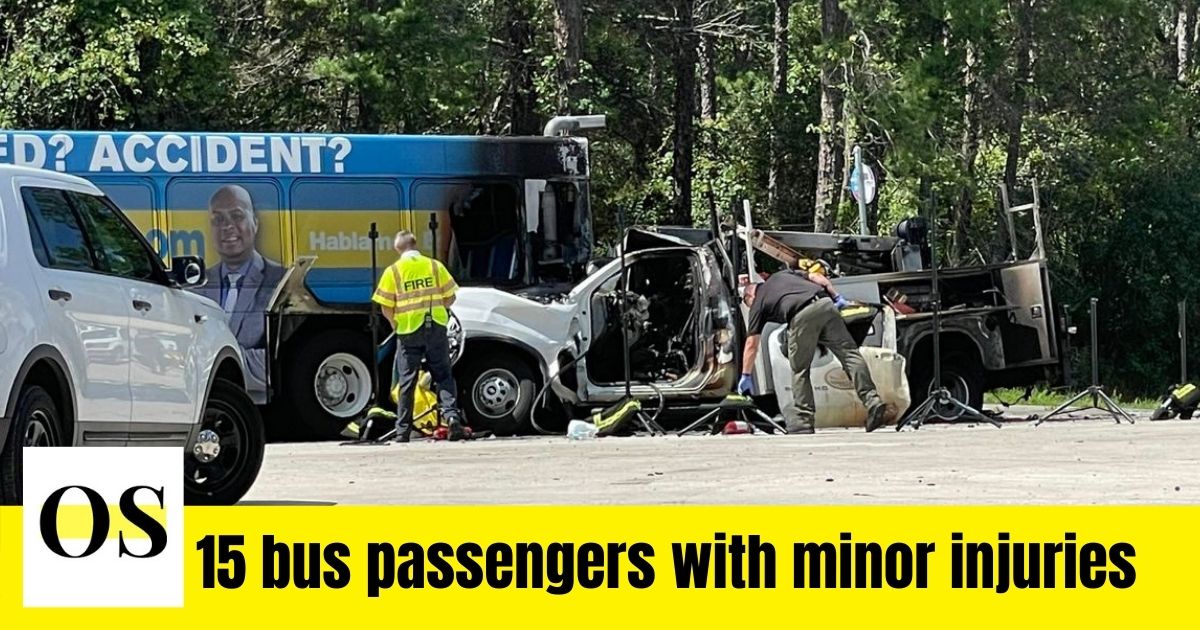 VOLUSIA COUNTY, Fla. – Officials say a Volusia County employee was killed in a violent collision between a Votran bus and a county utility truck near Daytona Beach on Monday morning.

Around 8 a.m., a tragic accident occurred on International Speedway Boulevard near Indian Lake Road, west of I-4 and I-95.

Racha Stevenson stated, “I quickly raced to the door and saw the bus and then the city truck literally both on fire.”

According to the Florida Highway Patrol, a 52-year-old South Daytona man was driving east in his truck when he failed to slow down and collided with the back of the bus, which was stopped in the right lane to let passengers off.

The utility truck caught fire, and the truck driver died at the site, according to the FHP.

Stevenson, who lives near the accident scene, dialed 911 as her fiance attempted to assist the driver.

Stevenson explained, “We tried to smash the windows and let the air out because he was a bit too much clogged up with smoke inside.” “As soon as you see it. He’s still alive and well, trying as hard as he can to fight for his life, and he was battling for his life, and we attempted to help him. We gave it our all.”

According to troopers, 14 of the 15 bus passengers were sent to surrounding hospitals with non-life threatening injuries. According to the FHP report, the bus driver, a 62-year-old Ormond Beach lady, suffered minor injuries.

Both directions of International Speedway Boulevard were closed in the region, although westbound lanes were eventually reopened.

“May God’s blessings be upon his (the victim’s) family. “I pray that God will protect him and his family,” Stevenson said.

There are no more details available at this time about the accident. There will be some update about the crash soon.