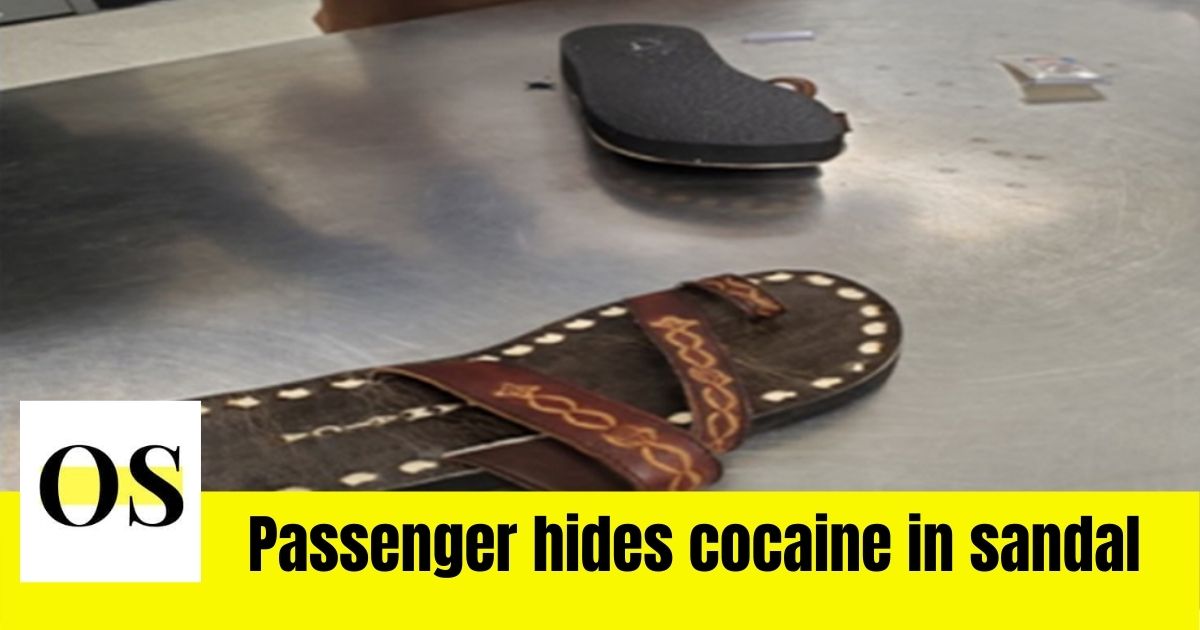 MIAMI INTERNATIONAL AIRPORT, FLORIDA- According to the reports of the U.S Customs and Border Protection officers, a traveler was found in action when trying to smuggle two pounds of Cocaine when the officers made the drug bust at the Miami International Airport. The passenger has attempted smuggling in two ways, by hiding cocaine in his sandal and by swallowing 28 pellets.

According to the Customs and Border Protection officials, the brown sandal which the passenger wore was quite heavy for a simple-looking pair. The traveler was then checked at the baggage inspection where the discovery was made.

Upon discovery the investigators found a substance of white and a tiny drug balloon or pellet to have concealed in casual footwear. The passenger from Jamaica then admitted to having swallowed 28 pellets wrapped up in tiny balloons.

Later, he was sent to the hospital where he passed Cocaine weighing .27 kg.

The reports also said that his X-ray showed the presence of foreign bodies which will soon be identified.

Traveler admitted to having swallowed 28 pellets