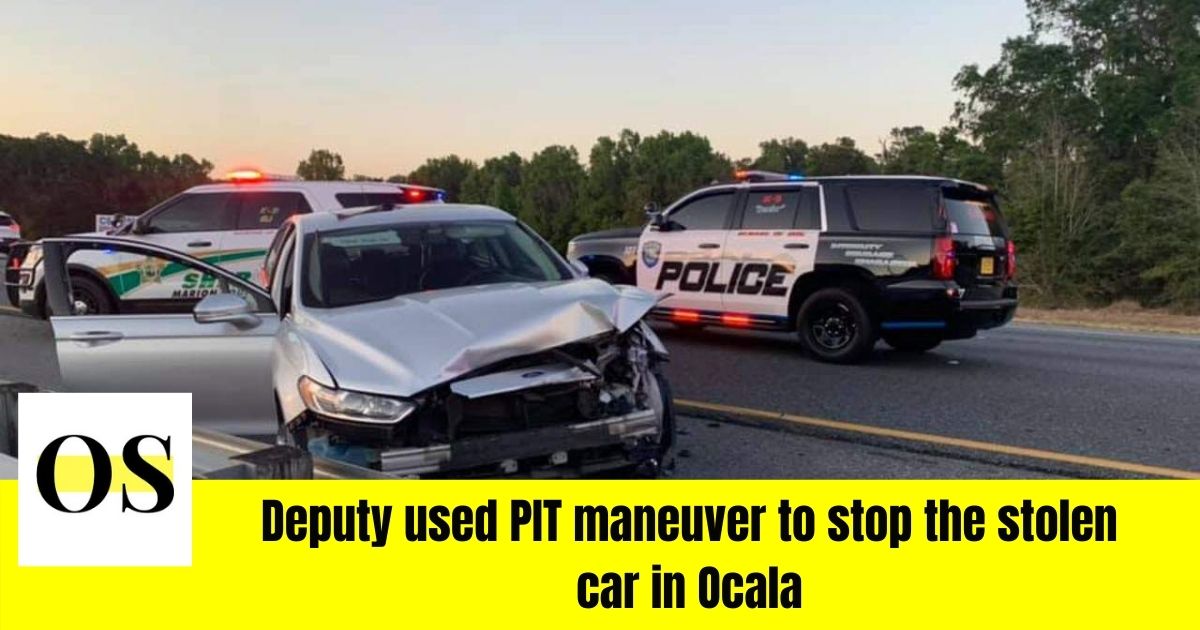 OCALA, FLORIDA- According to the Ocala Police Department, a driver of a stolen car was arrested upon a pursuit stopped.

According to the news, the attempt to stop the vehicle using stop sticks has been unsuccessful. The vehicle had then entered the I-75 northbound, where according to the officers it had tried to pursue away from the members of the Ocala police department.

Apparently, the driver of the stolen car was ultimately tried with using a PIT maneuver by the deputy and was successful in stopping him. The driver was immediately taken to Marion Jail County, according to the deputies.