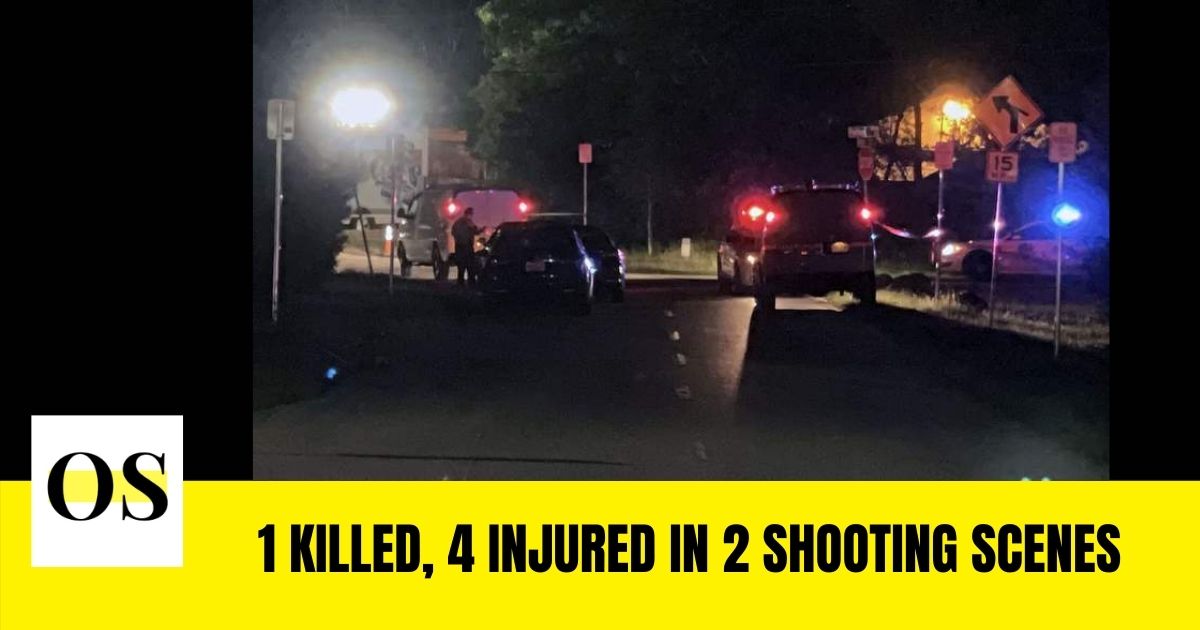 Just before 12:50 a.m., officers were dispatched to a shooting at James Weldon Johnson Park on West Monroe Street in Downtown Jacksonville. Officials said a teenage boy was shot and the Jacksonville Fire and Rescue Department rushed him to a regional hospital with non-life-threatening injuries. Officials said they were later informed about a man who walked into a local hospital with a gunshot wound that stemmed from the incident.

According to police, during security at the scene, it was found that shots were fired at City Hall, but no injuries were reported inside the building.

Another shooting took place at around 2:30 a.m. outside a nightclub at the intersection of Southside Boulevard and Patton Road, north of Beach Boulevard. Police said three people in their 20s were shot, one of whom died. Police said the other two men were taken to hospital with non-life-threatening injuries.

The Sheriff’s Office said the shooting happened outside the gentlemen’s club as it was closing and a man was seen running away.

Police said there was a large crowd at the scene and they have spoken with several witnesses as they work to find out what led up the shooting.

None of the suspects were identified or in custody immediately after either shooting.

Anyone with information about any of these events is asked to contact JSO by calling 904-630-0500 or by emailing jsocrimetips@jaxsheriff.org. To remain anonymous, contact Crime Stoppers at 1-866-845-TIPS (8477).

Stay tuned with us for more Jacksonville News.