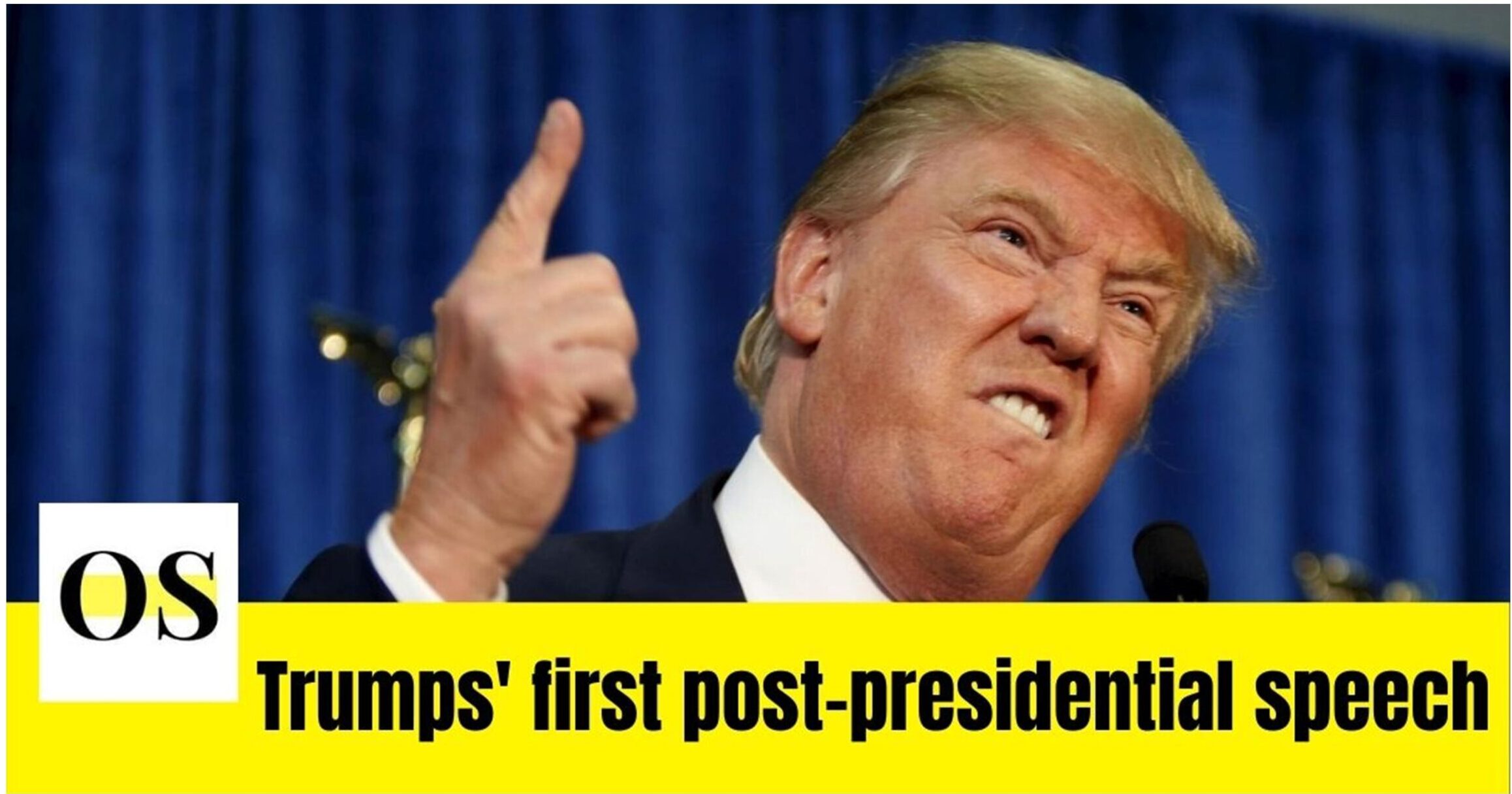 Former President Donald Trump takes the political stage in Orlando, Florida. On Sunday evening, Mr. Donald Trump turned the Conservative Political Action Conference into his first post-presidential rally in his 90 minutes speech. During his first speech after his defeat, he pledges to get rid of enemies from the Republican Party and hinting over and over again his plan to run for the White House in 2024.

Trump named each of those Republicans, saving for last Wyoming Rep. Liz Cheney, whom he called a “warmonger.” He said they should all be ousted in the 2022 primaries.
“Get rid of them all,” he instructed the conservative audience.
Trump concluded his speech by predicting that in the coming years, “a Republican president will make a triumphant return to the White House.”
“And I wonder who that will be,” he said, in a typical nod toward a third campaign in 2024. “I wonder who that will be. Who? Who? Who will that be? I wonder.”

Donald Trump also mentioned focusing on retribution against the 17 Republicans in Congress who voted to impeach him in the House or to convict him in the Senate following the January 6 insurrection at the US Capitol.

Before his arrival at Orlando, the citizens crowded outside CPAC as if it was a rally. There was a mix of emotion in the crowd as some people were unhappy to see Donald Trump making a return to speaking for the Republican party, hoping he would step back after a troubled final year in the office. Other citizens were thrilled to see his take on moving the party forward.

Moreover, Donald Trump put a stop to the rumors regarding his alleged new launch of a political party. “We’re not starting new parties,” Trump said. “You know, they kept saying, ‘He’s going to start a brand new party.’ That was fake news. Fake News. Wouldn’t that be brilliant? Let’s start a new party. Let’s divide our vote so that we can never win.”

He made it clear that these are only rumors by saying that: “No, we’re not interested in that. We have the Republican Party. It’s going to unite and be stronger than ever before. I am not starting a new party.”

Furthermore, Mr. Trump also promoted his fantasies about the outcome being rigged were treated as truth well before the former President himself parroted the lies during his speech Sunday evening.

“There was widespread voter fraud in way too many states, most especially in big cities run by the Democrat machine. That is a fact,” Matt Schlapp, the chairman of the American Conservative Union and a CPAC organizer, said in a panel discussion hours before Trump spoke on Sunday. (It is not a fact- He lost the popular vote by 7 million, and the electoral vote by a 306-232 margin.)

Trump’s attacks on Biden were another norm shattered by the former President, who is not following prior ex-presidents’ practice of staying quiet in the early stages of the new chief executive’s term. Trump was also unique in that he was the only major speaker to offer much in-depth criticism of Biden at all.

“Joe Biden has had the most disastrous first month of any president in modern history,” Mr. Donald Trump said. He went ahead and said: “Already the Joe Biden administration has proved that they are anti-jobs, anti-family, anti-borders, anti-energy, anti-women and anti-science. In just one short month, we have gone from America first to America last.”

Donald Trump also passed on a reference to the $1.9 trillion Covid-19 aid package that House Democrats accessed this Saturday.

“The Democrats now say we have to pass their $1.9 trillion boondoggles to open schools, but a very small part of it has to do with that,” he said. “You know where it’s going — it’s going to bailout badly-run Democrat cities, so much of it.”