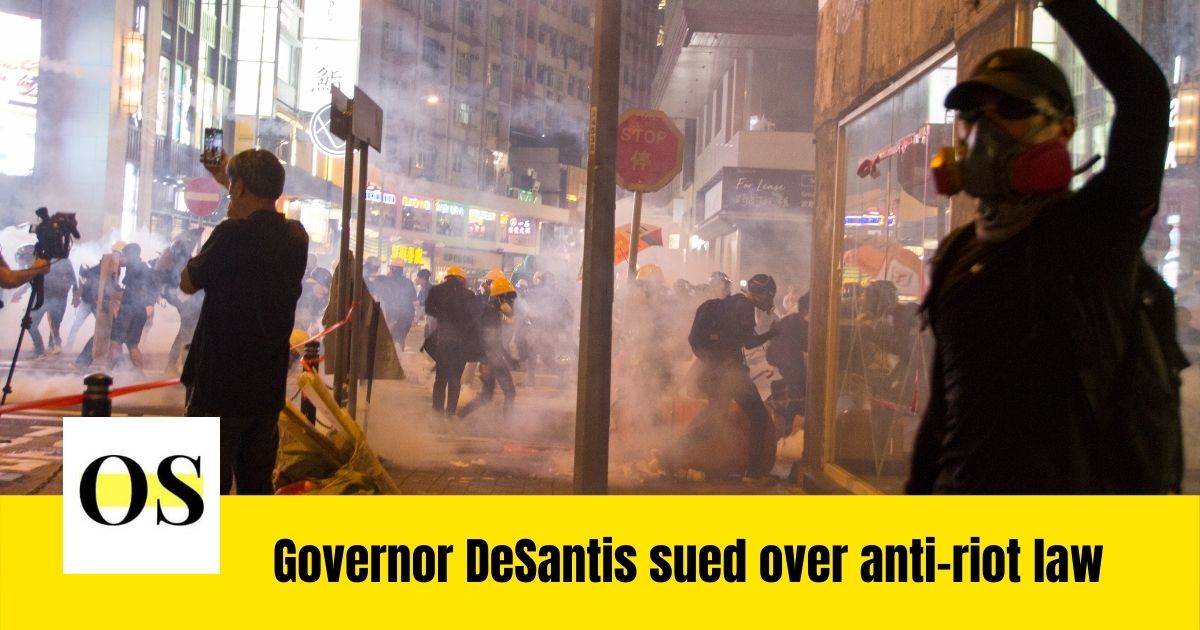 Florida Governor, Ron Desantis has been sued by a social justice group two days after the Republican signed a bill to create tougher penalties for people who participate in violent protests.

On Wednesday, Legacy Entertainment & Arts Foundation, a non-profit group filed the lawsuit  in Orlando federal court, according to court records.

“The breathtaking scope of the Bill includes granting civil immunity to people who drive into peaceful demonstrators if such demonstration blocks a road, prevents people accused of ‘rioting’ from bailing out of jail until after their first court appearance, increases penalties for assaulting law enforcement officers while engaging in a ‘riot,’ penalizing local governments that interfere with efforts to stop a ‘riot,’ and allows law enforcement agencies that face funding reductions to file objections,” the complaint stated.

Governor Ron DeSantis spokesman Cody McCloud said the governor’s office hasn’t yet been served in the case but will firmly defend the legal merits of the new law, which McCloud said protects businesses, supports law enforcement and ensures punishment for those who cause violence.

The  anti-riot bill that Governor Ron DeSantis signed on Monday was a response to nationwide demonstrations that occurred in the wake of George Floyd’s murder. Most of the protests against racial injustice were peaceful, but some turned violent. After the Jan. 6 insurrection at the U.S. Capitol by supporters of then-President Donald Trump, Republicans pushing the legislation used it as an example to support the effort.

Opponents of the bill said it was a racist reaction to a problem that hasn’t occurred in Florida. They saw it as an attempt to squash the voices of groups like Black Lives Matter.

The new law enhances penalties for crimes committed during a riot or violent protest. It allows authorities to hold arrested protesters until a first court appearance and establishes new felonies for organizing or participating in a violent demonstration.

It also makes it a second-degree felony to destroy or demolish a memorial, plaque, flag, painting, structure or other object that commemorates historical people or events. That would be punishable by up to 10 years in prison.