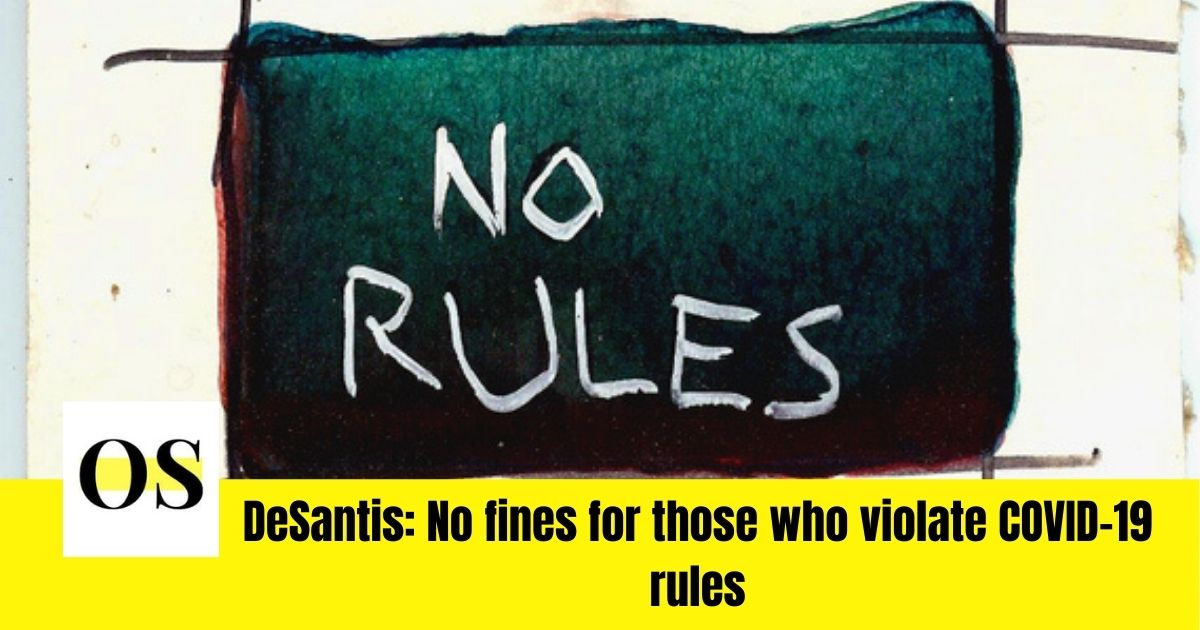 On Wednesday, Governor Ron DeSantis said that Floridians will not have to pay fines for violating COVID-19 related rules.

Governor Ron DeSantis and two other Republicans on the clemency board voted on Wednesday to get rid of the fines put out on people or businesses.

“As we’ve seen, there have been unprecedented restrictions imposed on people, particularly on the local government level, on both individuals and businesses,” Governor Ron DeSantis said. He also said; “Many of these restrictions, I think, have been ineffective, and I think they’ve unfairly penalized people.

Furthermore, Governor DeSantis offered a motion for the “remission” of those fines, which was immediately approved on a 3-1 vote.

Aside from that Governor DeSantis also said that the measure was supported by the Florida clemency board’s two other Republicans — Attorney General Ashley Moody and Chief Financial Officer Jimmy Patronis. However, it is opposed by Democratic Agriculture Commissioner Nikki Fried.

On Wednesday, an executive order was issued in which Governor DeSantis added that the waiver applied to fines imposed by local governments from March 1, 2020. The order said Floridians could refer to the executive order as a reason to dispute any fines and refuse to pay them. Local officials weren’t prepared for the action, which wasn’t on the clemency board’s agenda.

According to the Times, it is not understandable whether the clemency board can wipe out municipal fines for people not seeking clemency. Moreover. Governor DeSantis already had ordered cities and counties in September not to collect fines on Floridians who violated mask ordinances.

The city and county officials in the Tampa Bay area who spoke with the Times all said they had not seen the order and expressed frustration with Governor DeSantis, a Republican.

“It is worth noting that local actions and protocols have helped to keep Floridians safe and healthy, and Governor Ron has benefitted from that,” St. Petersburg Mayor Rick Kriseman, a Democrat, said in a statement. “Time and again, in the absence of state leadership and a coherent strategy, cities like St. Petersburg have had to take the lead. We will continue to do so as to best we can.”