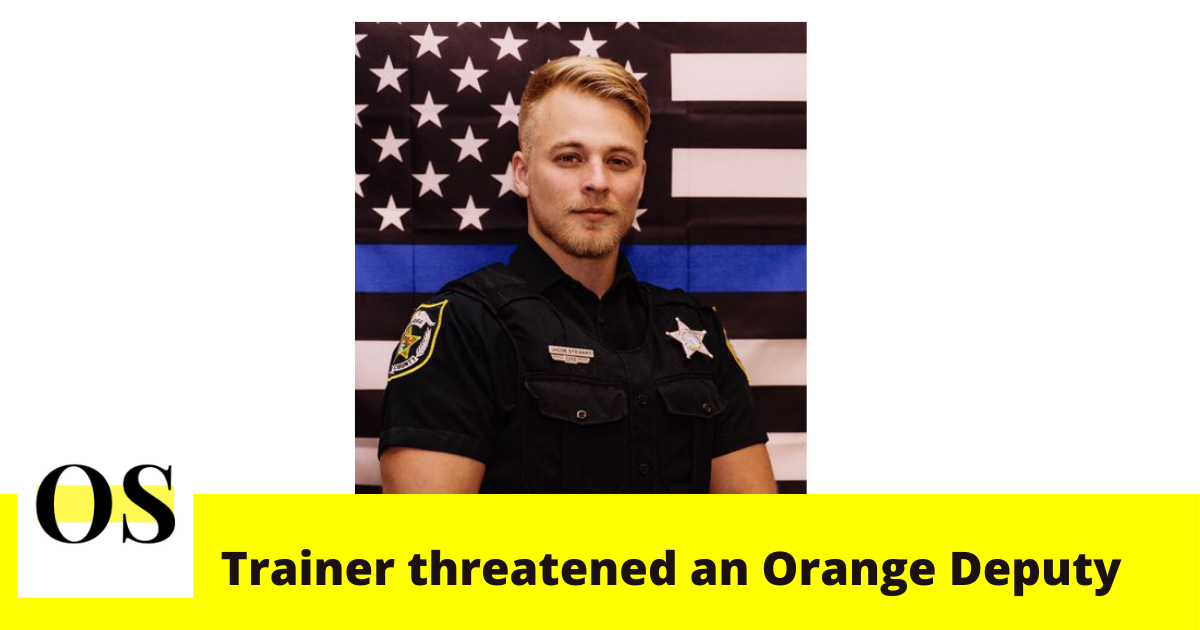 the Sheriff’s Office began investigating the incident 18 months later, Stewart said he quickly went from being treated as a potential victim of aggravated assault, to the target of an internal investigation into whether changes in his testimony amounted to lies.

Records show that probe led to his firing from the agency for being untruthful after OCSO investigators said he initially claimed Deputy First Class Keith Mobley pointed the gun and knife at him. According to the reports in a follow-up interview, he conceded that he didn’t see the Mobley point the weapons at him.

Stewart says investigators were biased against him. “Nothing I said about it is untrue, and that’s what disheartens me the most,” Stewart said. “I wanted to be as open and honest. … I’ve been brutalized during this entire process.” Reports say, Stewart and attorneys are now considering filing a lawsuit.

According to Stewart, the incident occurred in June 2018. He said he was driving when he missed an update on his laptop about a call to which he and Mobley were responding. From the passenger seat, Mobley grabbed the steering wheel while the vehicle was moving, forcing Stewart to pull over.

Stewart said he heard a“distinct sound” of Mobley’s agency-issued firearm being removed from its holster, and in his peripheral view saw Mobley holding the gun “pointed directly at [him]”. Report says Mobley then threatened to kill him with his bare hands and bury his body.

Mobley denied ever threatening to kill him or pointing any weapons at Stewart. “To me it was clear I was going to be held in that room… until they got what they wanted,” Stewart said at his appeal hearing Monday.  But investigators determined the coercion claim was “not reasonable” because he was a deputy with two years of experience.

While investigating three deputies mentioned they had concerning interactions with Mobley. One said he would “randomly start to yell,” almost causing her to crash her car. As per the reports, three OCSO officials voted to uphold the investigation and Stewart’s termination.

“That’s how highly I thought of it, I brought my family in,” Stewart said. “The Stewart name is still helping the citizens of Orange County. I take pride in that.”