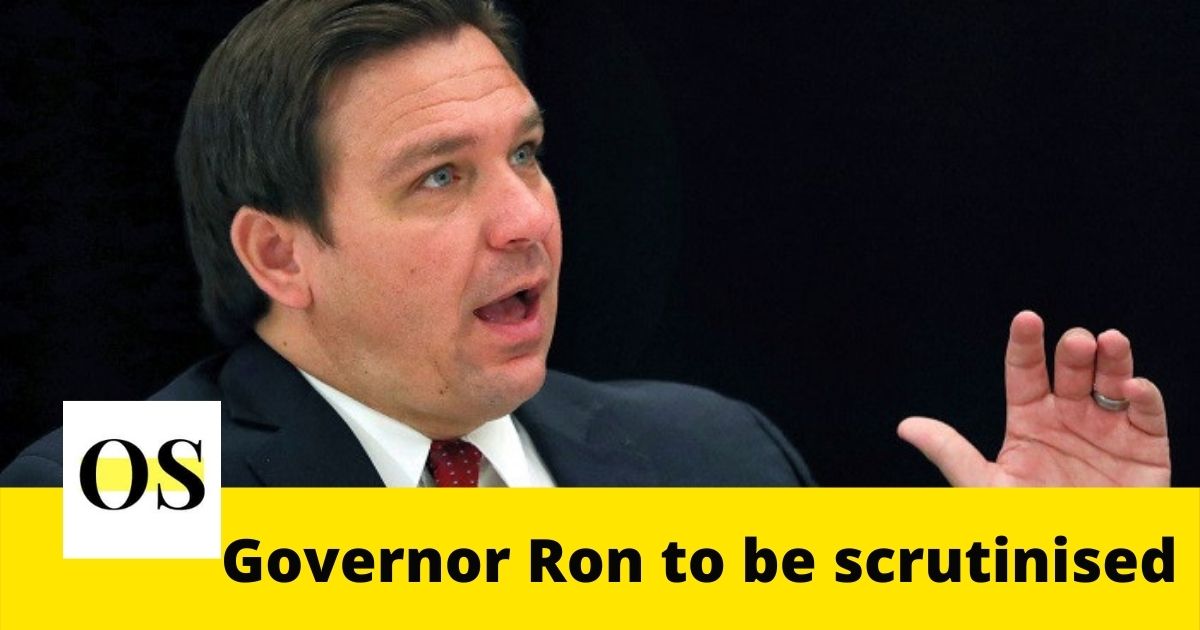 Democratic officials in Florida have called for federal investigations into Governor Ron DeSantis for allegedly prioritizing vaccine doses to wealthy donors in exchange for political favors.

Governor Ron DeSantis is coming in for scrutiny after reports alleged that almost all communities belonging to the Governor’s high-value donors received their jabs from mobile clinics by mid-January, while vaccinations have been much harder to come by for lower-income neighborhoods.

Nikki Fried, the state agriculture commissioner Nikki Fried and state Democratic Senate leader Gary Farmer called on the Federal Bureau of Investigation (FBI) to investigate what they called the potential wrongdoing by the government.

“If this isn’t public corruption, I don’t know what is,” Ms. Nikki Fried said at a news conference. “I will not stand by and let our vaccines be used as political gain and to go to be auctioned by the highest bidders while so many of our Floridians are suffering.”

Moreover, they demanded an investigation into whether $3.9m of donations made to the governor’s political action committee were linked to vaccination distribution in what they say appeared to be a “pay to play” scheme.

Senator Gary Farmer slammed what he described as the governor’s “vaccine auction” and wrote a letter to US attorney general Monty Wilkinson on Thursday by saying, “The prioritization of the wealthy and affluent for vaccinations is morally reprehensible in its own right, but the exchange of hard-to-get vaccines for political contributions is nothing short of criminal,”.

Representative Charlie Crist has also raised concerns over the vaccine distribution in Florida and wrote a letter in February to the acting attorney general to investigate the governor allegedly favoring “political allies and donors” over higher-risk communities.

Governor Ron DeSantis has strongly denied the allegations and said the vaccine drive was administered by “a South Florida hospital” and not his office. His office also issued a statement, calling the allegations a “manufactured narrative with political motivations”.

On Thursday, Governor Ron DeSantis said at the news conferences that were conducted in Crystal River – “That was not a site that we were involved in in the Keys,’’.

On Wednesday, the Miami Herald reported that the “ultra-exclusive” Ocean Reef Club community in the Florida Keys, which accounts for dozens of Governor Ron DeSantis’s donors, had 1,200 people vaccinated by mid-January while many Floridians struggled to get their jabs.