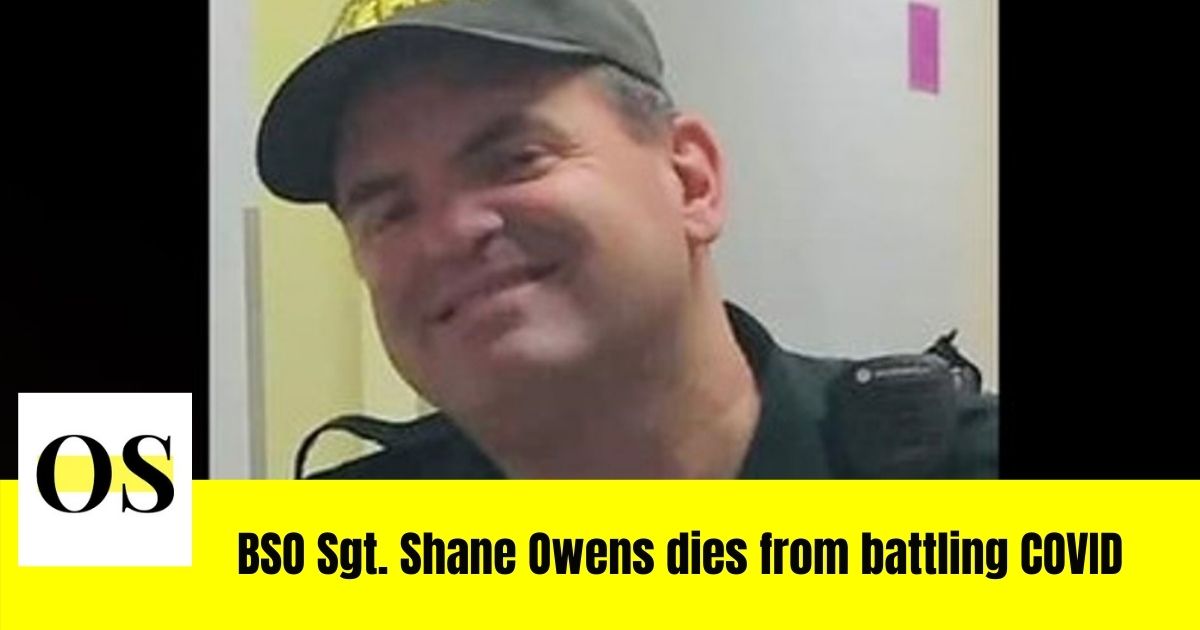 FORT LAUDERDALE, FLORIDA- A Florida sheriff’s representative has become the seventh individual in the office to pass away difficulties from the Covid.

The Broward Sheriff’s Office said on its Facebook page that 48-year-old Sgt. Shane Owens who passed away on Saturday had worked for nearly 30 years with the organization’s detention division.

According to the sheriff’s office, he had been hospitalized and on a ventilator preceding his passing.

According to news Owens’ dad, David Owens, additionally worked for the Broward Sheriff’s Office, serving for a very long time in the Department of Detention and resigning in 2019.

The director of the Department of Detention’s operation and Administration said, “Shane was no-nonsense, the tell-it-like-it supervisor who held people accountable. But more importantly, he taught them how to be the best they could be.”