According to authorities, a 29-year-old DeLand man is in custody on charges he sexually battered a 13-year-old girl he met on the Snapchat app using a fake profile. 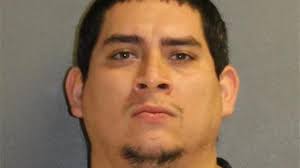 Joaquin Mendez (DOB 7/14/1991), of Stone Street, DeLand, was arrested last night on a charge of lewd or lascivious battery of a victim under 16.

According to a report from the Volusia County Sheriff’s Office, the girl’s mother found concerning text messages on her daughter’s phone during a routine check and reported the incident Friday afternoon.

Deputies located the suspect vehicle at a house on Stone Street and Mendez was arrested without incident around 1:30 a.m.

“The victim told her mom she had met Mendez on Snapchat and had sex with him that morning after he picked her up in his vehicle and drove her to a wooded area,” said Sheriff’s Office spokesman Andrew Gant.

“The investigation revealed the Instagram and Snapchat accounts Mendez used to contact the victim displayed images of a young man who wasn’t Mendez,” deputies added.

Parents and guardians that discover signs that a child has been sending or receiving sexually explicit messages, images or videos, are asked to call the Volusia Sheriff’s Office Child Exploitation Unit at 386-323-3574.